Day 10: University of Arizona Law School Turns Up the Heat

Campus Snapshot: University of Arizona Law School in Tucson is one of the best choices in legal education in the Southwest. It’s in a wonderful city, is smaller and cheaper than its main rival, and offers a top-flight education and clinical opportunities. The school has also turned out some of the leading lights of Arizona law and politics and is now shaking things up by allowing admission based on the GRE rather than the LSAT.

Let’s just put this right out there: We’re fans of the University of Arizona College of Law. 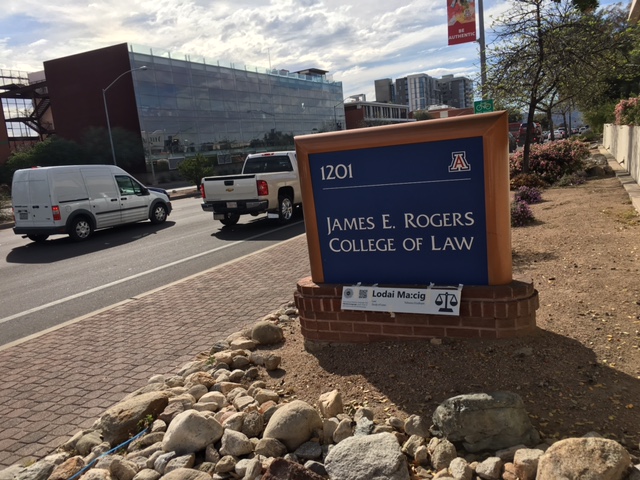 Not unlike the dueling cities of many states, in Arizona you typically prefer the bustle and bigness of Phoenix or the desert and community of Tucson. And for many students who intend to practice in the state’s power base of Phoenix, a trip to the Sonoran desert for a few years has been a pretty good option.

The choice between it and its rival Arizona State University College of Law continues to reflect this tale of two cities. ASU has a school size roughly double that of UA; its metrics in job placement, student quality and bar passage continue to be highly comparable; and both schools are relatively affordable. UA has the cost-effective edge, while ASU has the more direct access to more lucrative opportunities in Phoenix. Both schools are pushing innovation, and both have much to brag about.

US News has consistently ranked ASU above UA, but we think it’s a draw. Here’s what UA’s Dean, Marc L. Miller, said of why students should choose UA:

“Our goal is to create knowledge, skills and opportunities for our students to succeed in law school and in the profession. To do this, we have been innovating in many ways, including customized career counseling, keeping both resident and non-resident tuition extremely competitive, reevaluating old assumptions about the J.D. admissions process, globalizing our J.D. student body, working with the Arizona court system to create the opportunity of taking the bar in February of the third year, and creating new clinics and experiential learning opportunities. And all of this takes place in an environment that our students describe as tight-knit, collegial, unpretentious, and even fun. Yes, fun.”

Also, major points to Miller for standing up to the Law School Admission Council earlier this year and accepting the GRE exam, rather than the LSAT. UA conducted a study that validated the GRE combined with undergraduate GPA as a predictor of law school success, and moved to accept the GRE to improve access and diversity in graduate education. Oh-so-predictably, the overlords of the monopolistic LSAC threatened UA’s membership in the Council. While LSAC regulations are almost certainly antitrust violations, regulators of legal education have for years allowed its behavior. Faced with the LSAC’s threat, UA didn’t blink, and invited Wake Forest and University of Hawaii to join it in accepting the GRE. Of this fall’s entering class, seven GRE applicants have been admitted, out of 1383 applicants.

The school was renamed in 1999 for broadcasting executive James E. Rogers, a 1962 graduate who was chairman of  Sunbelt Communications Company based in Las Vegas until his death in 2014.