Daniel Rodriguez may have gotten his wish this year. The president of The Association of American Law Schools said he encourages women, people of color and other minorities to seek work as deans.

Quite a few have been doing just that: Of the 15 new deans at law schools accredited by the American Bar Association, eight are women and almost half are minorities.

As for their credentials, “Some of the best I’ve seen,” Rodriguez said in a telephone interview. He noted slight, competing trends toward hiring either nontraditional candidates from the world of law practice or hiring people steeped in the ways of law school generally and, sometimes, of the hiring school in particular.

Almost all have had administrative experience if not as head of a school then as head of a department or specialist law center on campus. Many have spearheaded education committees nationally or as curriculum leaders on their home turf.

Their ages vary: Jocelyn Benson, the 36-year-old dean of Wayne State University Law School in Detroit, may be the youngest woman ever to lead a U.S. law school. Eduardo M. Peñalver, now heading Cornell Law, is the first Hispanic dean of an Ivy League law school and, at 41, is among the youngest deans in the U.S.

Fourteen law schools have lost their deans in the last six months and are searching for replacements. “My best guess is that this churn is probably higher than normal, but not dramatically so,” Rodriguez said. Most deans seem to be leaving “in the usual course of things” – the result of term limits that restrict how long they can hold the positions, often to 10 years.

Rodriguez said newly hired deans are subject to novel pressures. “In the old days, we had a longer runway to learn on the job, which is what I did as dean at San Diego,” he said. “Now, the world is less forgiving and the panic over a law school’s financial future can reach fever pitch. It takes a special combination of skills and good fortune to thrive.”

Still, he said: “I had a perfectly good day job before entering this job category. I wasn’t parading around with a sandwich board saying, ‘Will Dean for Food.’ And I’m not doing that now.” While it’s never been a more difficult time to be dean of a law school, Rodriguez, the dean of Northwestern University Law School, said, “It is infinitely fulfilling.” 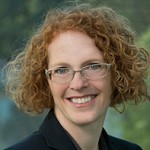 In: Gillian Lester, acting dean of the University of California-Berkeley School of Law, faculty member since 2006. Co-director of the Berkeley Center on Health, Economic & Family Security and associate dean for the J.D. program. Full professor, UCLA. School of Law, 1999 to 2006. 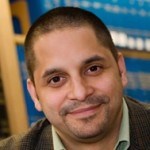 In: Eduardo M. Peñalver, an expert in property and land use law, returns from the University of Chicago to Cornell, where he taught for six years (2006-2012). He previously taught at Fordham Law School, from 2003 to 2006. Peñalver, 41, is the first Hispanic dean of an Ivy League law school.

Replaces: Stewart J. Schwab, who will return to the Cornell Law faculty after a year-long sabbatical. 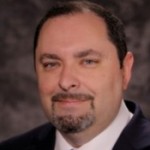 In: Matt A. Vega, member of the law faculty since 2007.  A member of both the Alabama and Tennessee bar associations, Vegan started his career as an associate at Sirote & Permutt in Birmingham, then later was corporate counsel for Bruno’s Inc., Advantica Restaurant Group Inc. and FedEx Corp. 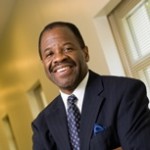 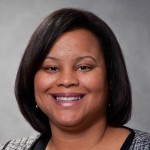 Replaces: Kurt L. Schmoke, who was appointed vice president and general counsel at the University. 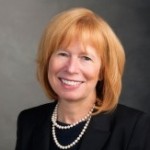 In: Jennifer J. Johnson, member of the law faculty since 1980 and Erskine Wood Sr. Professor of Law.  Primary research areas have been corporate and securities law with recent scholarship focusing on securities arbitration and litigation. 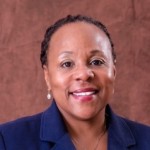 In: Wendy Scott, first black dean in the law school’s history. She was previously a faculty member at North Carolina Central University School of Law (Durham) since 2006, and was dean for academic affairs from 2009 to 2012. Before that, she was a faculty member at Tulane University Law School in New Orleans for 17 years, where she also served as vice dean for academic affairs. 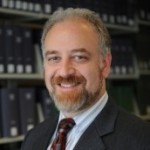 In: Jon Garon, professor at Northern Kentucky University Salmon P. Chase College of La and (founding) director of the Chase Law + Infomatics Institute (an interdisciplinary program in law, business and technology). Previously dean of the Hamline University School of Law (in Minnesota), where he also served as interim dean of the School of Business. Former faculty member, University of New Hampshire School of Law. 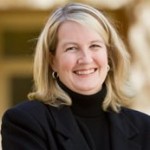 In: Jennifer M. Collins, vice provost of Wake Forest University and member of the Wake Forest law faculty since 2003. Teaches courses on gender and the law and on legal professionalism. Research has involved families and the criminal justice system.

University of Alabama School of Law 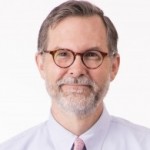 In: Mark E. Brandon, professor of law at Vanderbilt University, with a secondary appointment in the Political Science Department. Constitutional law expert with extensive experience in both academia and private and public law practice. 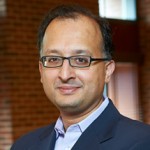 In: Sujit Choudhry, Cecelia Goetz Professor of Law at New York University School of Law, founder of the Center for Constitutional Transitions, member of the United Nations Mediation Roster, former professor and associate dean at Toronto Law and an expert in comparative constitutional law.

In: Phyllis Crocker, professor of law and associate dean at Cleveland-Marshall College of Law, where she has taught since 1994. Serves on advisory committees regarding the death penalty, including as chair of the American Bar Association Ohio Death Penalty Assessment Team and as a steering committee member of the ABA Death Penalty Due Process Review Project.

Replaces: Lloyd Semple, who  retired. (He joined the UDM School of Law faculty as a Distinguished Visiting Professor in 2004 and was appointed dean in April 2009.) 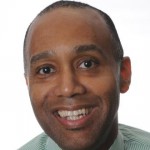 In: Leonard M. Baynes, professor of law and director of the Ronald H. Brown Center for Civil Rights and Economic Development at St. Johns University School of Law. 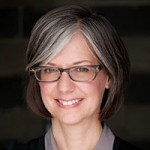 In: Nancy Staudt returns to Washington University law school, where she taught for six years (2000-2006), as dean as well as the Howard and Caroline Cayne Professor of Law and a professor at the Brown School. She was previously vice dean for faculty and academic affairs at the University of Southern California Gould School of Law. Staudt was also the inaugural Edward G. Lewis Chair in Law and Public Policy at Gould; a professor of law and public policy at the USC Price School of Public Policy and, since 2012, academic director of the Schwarzenegger Institute for State and Global Policy.

Replaces: Kent Syverud, who left to become chancellor and president of Syracuse University in New York. 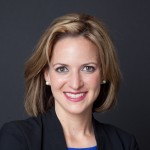 In: Jocelyn Benson, interim dean since 2012 and, at age 36, possibly the youngest woman ever to lead a U.S. law school. Faculty member since 2005 as associate professor of law and associate director of the Damon J. Keith Center for Civil Rights. Founder and executive director of the nonpartisan Michigan Center for Election Law. Founder and president, Military Spouses of Michigan.

Lawrence E. Mitchell, dean since 2011, former professor of business law at The George Washington University and founding executive director of the Center for Law, Economics and Finance, leaves amid a lawsuit by a professor who claims to have suffered retaliation for reporting that Mitchell may have sexually harassed women.

Michael M. Martin, resigning after what will be four years as dean at the end of the 2014-2015 academic year; returning to the law faculty, which he joined in 1972.

Peter Alexander resigned in May as vice president and dean less than a year after the fledgling law school opened. University administrators said Alexander felt  had achieved his goals and wanted to pursue other opportunities. He had served as dean of Southern Illinois University School of Law from 2003 to 2009.

Interim Replacement: andré douglas pond cummings (he spells his name in lower case, like the poet e.e. cummings), the associate dean for academic affairs who had been a faculty member at West Virginia University College of Law.

University of Georgia School of Law

Rebecca White, dean since 2004 (after serving as interim dean) and law faculty member since 1989 with expertise in labor law, employment law, employment discrimination and labor arbitration.

University of Illinois College of Law

Bruce Smith, dean since 2009, stepped down to become a tenured faculty member once again as well as Guy Raymond Jones Faculty Scholar.

Interim Replacement: John Colombo, the Albert E. Jenner Jr. Professor of Law and a 1981 graduate of the college.

Phoebe A. Haddon, dean since 2009, named as the new Chancellor of Rutgers University-Camden. Earlier in her academic career, she was a professor at Temple University’s Beasley School of Law.

John T. Broderick Jr., moving over to the law school’s Warren B. Rudman Center for Justice, Leadership and Public Policy.

Undergraduate: College of the Holy Cross

John Charles Boger, dean since 2006, faculty member for almost 25 years and former deputy director of the UNC Center for Civil Rights, will step down in July 2015 and return to the faculty. Boger is chair of the Poverty and Race Research Action Council in Washington, D.C., and holds the Wade Edwards Distinguished Chair at UNC Law.

Michael A. Fitts, dean and Bernard G. Segal Professor of Law since 2000 and faculty member since 1985, will become president of Tulane University in July, when President Scott Cowen retires after 16 years in office.

Interim Replacement: Wendell Pritchett, recently Chancellor of Rutgers-Camden, former Penn Law professor and associate dean, who is returning as Presidential Term Professor teaching courses in land use, property and education policy. Pritchett, who has a J.D. from Yale Law and a B.A. in political science from Brown University, holds a Ph.D. in history from the University of Pennsylvania.

Robert K. Rasmussen, dean for eight years, is stepping down at the end of 2014-15, after a successor is named. He is Carl Mason Franklin Chair in Law and a professor of law and political science.

University of Tennessee College of Law

Doug Blaze, dean since 2008 and faculty member since 1993, decided to return to teaching full time.

Linda Ammons, dean of both Delaware and Pennsylvania campuses for eight years. Faculty member, the National Judicial College (Reno, Nevada); completed three-year term as chair of the Curriculum Committee of the American Bar Association’s Section of Legal Education and Admissions to the Bar. Also served a three-year term on the Association of American Law School’s Government Relations Committee. Ammons came to Widener in 2006 from Cleveland-Marshall School of Law, where she was associate dean and professor of law. Ammons earned a J.D. from The Ohio State University Moritz College of Law, an M.A. in Communications from The Ohio State University and a B.A. in English from Oakwood College, Huntsville, Alabama.