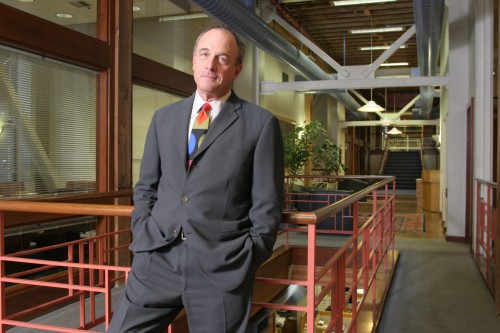 In the litigation trenches, John Keker is known as the toughest lawyer around.

The founder of San Francisco’s Keker & Van Nest gets the call when Major League Baseball is sued over the possible move of its Oakland Athletics franchise; when Standard & Poor’s is threatened by claims that it was negligent in awarding financial ratings; when investment bankers, athletes and others face indictment and loss of reputations and livelihood.

He prosecuted Lt. Col. Oliver North during the Iran-Contra scandal of the 1980s.

Keker is tough as hell. And he earned it the hard way.

The son of a World War II Navy officer, he enlisted in the Marines after graduating from Princeton. He served as an infantry platoon leader in Vietnam and was wounded – his elbow shot off in Quantree province – in 1966. He retired from the Marine Corps the next year.

The Purple Heart honoree recently spoke about his experiences at the Second Annual Veterans Conference at Golden Gate University School of Law, telling an audience of students, academics and fellow leaders of the bar how best to provide legal advice to the men and women who constitute the nation’s 19.6 million military veterans.

He came to the Mission Street campus, he said, because he’ll go anywhere to help vets – and to help students who work at Golden Gate’s veteran’s clinic and others who counsel veterans to appreciate who their clients are.

Keker himself came back from Vietnam in July 1966 as a second lieutenant, having lost half a platoon. “I was the first educated wounded sent back” to the Bethesda Naval Hospital, he recalled. “Everyone else was a black kid from Baltimore or a white kid from Appalachia.” 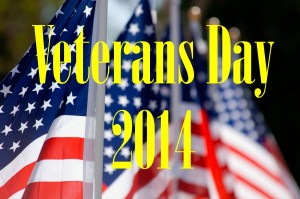 The Vietnam War had not yet touched the middle class, and when Keker decided to return to school, he knew well that there were few law or other students at U.S. universities “who thought it was a great idea we were coming back.”

In his day, the GI Bill along with his combat and disability pay put him through Yale Law School and enabled him to marry and have a child.

“It’s always been a great idea to take care of our veterans,” he said. “The government and Marine Corps pay helped me get through, and I came out without any debt.”

There’s been a sea change in Americans’ relationship with their military members since Vietnam vets returned home to scorn and protest. Today, Americans embrace their veterans, but the U.S. still falls far short of supporting them. There are 3.6 million disabled veterans and about 12 percent of homeless adults are veterans (a number that’s dropped by one-third, to just under 50,000 over the past four years). In 2013, there were 722,000 unemployed veterans from post-2001 conflicts.

‘GET TO KNOW YOUR CLIENTS’

Keker has seen it all in his 45 years in practice, and learned the importance of knowing his clients – especially those who have faced the trauma of combat.  “Get to know your clients, their needs, what they expect out of a case, what scares them, what calamity means to them,” he said. “That may be the most important thing you can do to be a good lawyer.”

Though he brings combat experience and years working with veterans to the table, Keker also immerses himself in studies and writings – novels and nonfiction – about combatants and war; books such as  “Matterhorn,” “The Sand Box,” “The Yellow Birds” and “Thank You for Your Service.”

He also keeps abreast of medical treatments for soldiers who’ve suffered neurological or psychological wounds. “So many people were getting concussions from IEDs – improvised explosive devices – that they’ve expanded the focus from bodily to psychological injuries,” he said.

To his Golden Gate audience, he offered three lessons when counseling veterans:

1) Everyone who has seen combat has experienced post-traumatic stress. Assume that when you’re dealing with your clients.

2) No vet wants the stigma of being seen as weak, sick or suffering a disorder. Vets want to solve their problems themselves. So figure out how to ease the stigma while working on services the VA can provide.

3) Vets need your love as much as legal counseling.

Many combat veterans were volunteers, Keker said. In all these wars, he said, “there were the poor, patriotic or – like me – the overly curious, but we all wanted to see combat.”

Oliver Wendell Holmes Jr. wrote of the thrill of combat, of being at the tip of a spear. Holmes was wounded three times and in 1864 grew so disgusted with military service that he quit, Keker said.

He then spoke of combat’s grittier reality for military men and women: “The feeling that you would rather die than let your buddies down or act in cowardly fashion. It’s the reason people fight. True for me. True for Xenophon. Always going to be true.” Once the shooting starts, he said, “Patriotism, altruism, politics — whatever was going on before – goes right out the window and you’re fighting for your life and for your cohort and buddies.”

When the battle is over, the survivor’s guilt sets in. “It’s a universal emotion for combat vets,” Keker said, “the selfish relief you feel at being alive and leaving dead on the field.”

Fear plays a dominant role in combat, he said: the fear of dying, of not doing your job right, of being wounded, of not supporting your buddies. “To survive in combat, all these clients of yours have had to put on emotional armor and it can get pretty thick,” Keker explained. “You see it in sardonic humor, in the dehumanizing way they talk about the enemy as not even people. You see it when Marines piss on bodies. It’s all the result of incredible emotional armor. You become a different, harder person of necessity than the person your parents raised.

In Vietnam, soldiers put on emotional armor and didn’t take it off until they came home. It’s different today. “Now you Skype with kids or listen to your wife bitch about money; putting emotional armor on, taking it off, it seems to be an added stress,” he said.

For women, being integrated into combat roles has brought other, ugly pressures, Keker said. Women today account for 17 percent of the military; 20 percent of new recruits and 8 percent of veterans. “It can’t be long before a woman gets the Congressional Medal of Honor,” Keker said, as he spoke of helicopter medevac pilots, his personal heroes.

“They hold these airborne rocks in incredible positions, twist the torque of the machine to sit still in a hot zone as people are loaded in them; they are the bravest of the brave,” he said. “A lot of those pilots are women. If one of them hadn’t rescued me and many of my platoon on a hot steamy night in July 1966, I’d be dead.”

And yet these same women often suffer sexual trauma in addition to the trials of combat, he said: “I heard a captain, a very tough captain, tough Puerto Rican woman from a tough part of Chicago, who joined the Army, served in Special Forces in Afghanistan. And even with her friends, she’d carry a knife at all times because she was worried about an attack.”

Leaving the military may salve a few wounds and inflame many, Keker said. “They say, ‘Thank you very much.’ You get a DD214, the form issued when you’re separated or discharged from the service, and go to a podunk town in Northern California or Texas or the Appalachian Mountains. Your support drops away, your emotional armor drops away and you have nothing to replace it.

“Your group is gone. Your buddies aren’t watching your back. In their place is a lot of loneliness and isolation. No one understands what you’ve been through, except maybe other vets. There’s a deep sense of guilt, coupled with relief that you’re no longer in harm’s way, which makes the guilt worse.”

PTS presents differently in different people. “There was a former Army captain, West Point grad, won the Congressional Medal of Honor,” Keker recalled. “He became a big shot in business and worked with Ross Perot at Electronic Data Systems. At his daughter’s wedding, 20 years out of service, he found himself grabbing a guy and smashing his head into a table.”

Or Karl Marlantes. “A Marine, gets a Rhodes scholarship, is over in Oxford, quits the Rhodes, goes to Vietnam, has a horrific experience he writes about in ‘Matterhorn.’ He comes back to his wife, family. They have a business, everything is fine – maybe he’s drinking too much – and one day he realizes he’s on the hood of a guy’s car who made him mad and the guy is terrified and Marlantes doesn’t know how he got there.”

Keker had a similar experience. “When I got out of the hospital, I’m driving my wife’s VW Beetle, smoking Camels and drinking beer. Suddenly I find myself out of the car screaming at a guy. Fortunately, he didn’t get out of the car.”

Many returning veterans find they drink too much, eat too much, experience lack of sleep, loneliness, anxiety, depression. Drug treatments can sometimes relieve the pain that only suicide resolves for others, Keker said.

Law students and practitioners alike must recognize this in the vets who are their clients, he said. “They see themselves as warriors, self-controlled, independent, capable, in charge of themselves,” he said. The idea of being labeled as suffering with a disorder or dependent on others, “that stigma is very, very hard for people to accept.”

Remember then how much veterans need love as much as they need your lawyering skills, Keker said, quoting from “The Sandbox, Stories of Human Spirit and War,” the memoir by Mike Liguori, a former U.S. Marine and veteran of the Iraq War:

“I’ve been to the depths of my own hell. I’ve seen what life is like when isolation and alcohol are your only friends. But I also have seen what it is like to receive love again. I have an amazing group of people who never turned their backs on me … When I thought all was lost, they were by my side with open arms. Today, because of the support I have received, I’m able to tell my story.”