The arrest of former Baltimore Ravens running back Ray Rice in a domestic violence case didn’t prompt Pepperdine Law’s conference on intimate-partner abuse, but it has increased interest in the weekend event. 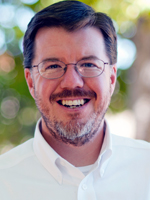 Public scrutiny of the case, and attention to a video of the attack, which occurred in an Atlantic City hotel elevator, “is an indicator that our culture and our society are becoming more aware of domestic violence and learning how to respond to it,” said Jeff Baker, Pepperdine’s director of clinical education, who’s organizing the conference.

Rice, who pleaded not guilty to a charge of aggravated assault in the February incident, was admitted to a pre-trial intervention program in May, according to the Atlantic County, N.J., Prosecutor’s Office. If he successfully completes the program, which will last at least a year, the case will be dismissed. The pro football player has been suspended indefinitely from the NFL and his contract with the Ravens terminated.

The Pepperdine event, which will feature academic experts and advocates for domestic violence victims, will be held 8:30 a.m. to 5 p.m. Friday, Oct. 10, and 8:30 a.m. to 1 p.m. Saturday, Oct. 11, at the law school’s Malibu, Calif., campus. Individual panel topics include the crossover between sexual and domestic violence, compliance with federal regulations and how campus culture can affect reporting and resolution of intimate-partner abuse cases, according to Pepperdine’s website. (A live webcast is available here.)

While such a case on a college campus may not involve two people who live together, the “phenomena and the forces at work are the same,” Baker said. “It is still an effort to control someone else by coercion and to exert one’s power over someone else to subjugate them to their will.”

While statistics showing intimate-partner abuse cases on college campuses weren’t immediately available, the National Coalition Against Domestic Violence reports that such attacks are most common among women 18 to 24 years old, an age range that includes typical undergraduates.

“What we hope to do is raise awareness of the phenomenon on campus and to encourage campuses to generate coordinated community responses that are sensitive to the dynamics at play,” Baker said. “We’re not looking for any particular policy outcome, but rather for universities to take a better look at their own campus culture and their own responses to dating violence to encourage just outcomes for victims.”

The primary factor in whether students report such attacks is confidentiality, Baker said, so “we want to encourage the campuses to build structures that protect students’ confidentiality but then affect the culture in such a way that these sorts of relationships become intolerable.”