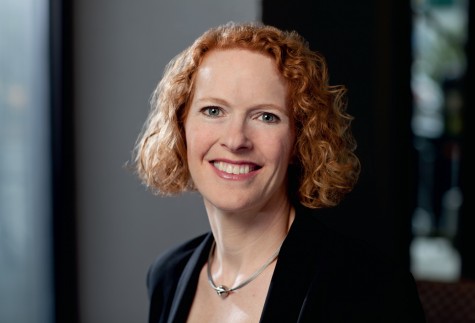 The first-year students hadn’t completed their first month at Columbia Law when Gillian Lester, a California transplant and the school’s incoming dean, gave them a challenge and a promise.

“If we succeed here together, you will not only be trained to be the best lawyers in the nation,” she told the students at a September dinner. “You will be the leaders of the next generation.”

The school’s 15th dean, Lester officially stepped into the role this month after accepting the position in the spring of 2014. She succeeds David Schizer, who stepped down on June 30 after a 10-year term, and Robert E. Scott, who served as interim dean through Dec. 31.

Lester arrives in a challenging environment for law schools around the U.S. Enrollment has dropped as an over-saturated job market left newly minted lawyers struggling to find employment and grappling with student-loan debt that often totaled more than $100,000.

Still, Columbia and other prestigious law schools have generally outperformed the national averages: The New York-based school’s first-year class grew 7.6 percent in the fall of 2014 amid a surge in applications, even as comparable enrollment shrank nationwide, according to data analyzed by Lawdragon.

Lester “is a highly accomplished and admired scholar, and she brings first-hand academic leadership experience to her new role,” Columbia University President Lee Bollinger, a member of the law school’s faculty, said in an e-mailed statement. “I am confident Dean Lester will help Columbia Law School flourish at a time of great challenge and opportunity in the field of legal education.”

Lester was traveling abroad and unavailable for an interview, a school spokeswoman said. However, she has already spent significant time on campus, conferring with students, faculty and alumni.

“This is a thrilling time to lead Columbia Law School,” Lester said in the statement. “This world-class institution has a brilliant faculty, spectacular students and a vibrant intellectual community.”

She has written books including “Family Security Insurance: A New Foundation for Economic Security” and “Jumping the Queue: An Inquiry Into the Legal Treatment of Students With Disabilities.”