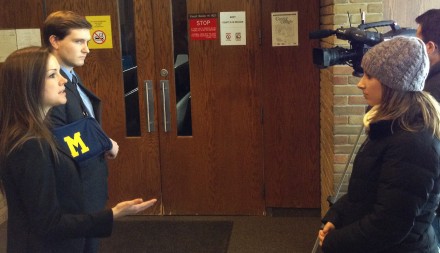 Almost two decades ago, a 21-year-old high school dropout named Jamie Peterson confessed to the brutal rape and murder of a Michigan grandmother whose body had been discovered in the trunk of her car. He got most of the details wrong.

The victim, 68-year-old Geraldine Montgomery, had been wearing a dress or a blouse, he said. She was, in fact, wearing pink pants and a white T-shirt.

The two had consensual sex in her bedroom, he claimed. Investigators had determined that Montgomery was attacked in the living room of her home and that her bedroom was untouched. He had helped the older woman into the trunk of her 1991 Buick Century, he said, removing an axe and spare tire and arranging some rags for her to use as a pillow. Police found no axe, while the tire remained in the trunk. Montgomery’s head was found resting on a rolled-up rug.

Then there was the DNA evidence. Two samples had been recovered from Montgomery’s body. Examiners concluded that one didn’t match Peterson, and the other was too small to determine its origin using the technology of the time. Investigators, who previously said Montgomery was attacked by one person, countered that Peterson must have had an accomplice.

In early 1998, Peterson was convicted of murder, burglary and criminal sexual conduct and sentenced to life in prison. An appeal was unsuccessful, though the attorney who handled it continued to maintain his client’s innocence and, in 2013, convinced the University of Michigan Law School Innocence Clinic to take the case.

That fall, at the request of clinic lawyers, both DNA samples were reexamined. More advanced testing methods showed neither of the samples came from Peterson, and a comparison with a nationwide law enforcement database matched them with another man altogether: Jason Ryan, who was 18 and staying with a friend mere blocks from Montgomery’s home when she was killed in October 1996. He had been questioned by police not long afterward and cleared when he passed a polygraph.

This month, Michigan Circuit Judge Janet Allen ordered a new trial in the case, finding that the new evidence and heightened awareness of the frequency of false confessions was sufficient to make a different verdict likely. It’s a decision that illustrates the significance of the work done by innocence clinics such as those at Michigan Law and at Northwestern University Law, which assisted in Peterson’s case.

“We’re very pleased with the outcome,” said Caitlin Plummer, one of two staff attorneys with the Michigan Innocence Clinic. “This is a great step in the right direction, and we hope this means we’re on our way to a full exoneration.”

Since the Michigan clinic was founded by Professor David Moran in 2009, students and staff have worked together to exonerate eight of their clients, according to the school’s website. The clinic received some 5,000 applications during that period, 15 of which are in active litigation now, and 100 more of which merit further study, Plummer said.

The yearlong course typically draws about 16 second-year students, who have the option of returning in their third year. They work on all aspects of the clinic’s cases, from investigating new evidence to preparing post-conviction motions and filing appeals with state and federal courts, according to the clinic’s website.

The program is one of 18 clinical courses Michigan will offer this fall as students comply with a new American Bar Association rule requiring them to earn at least six credits from experiential programs. About 55 percent of eligible Michigan Law students enrolled in clinics last year, roughly double the national average, according to a Lawdragon analysis.

A.J. Dixon, a 2014 graduate who was a summer intern with the Innocence Clinic and took the course for both his second and third years, said it was among the most satisfying of his experiences in law school.

“You put in a lot of time on the front end, but the payoff is so huge on the back end because you’re correcting horrible mistakes that happen in the justice system,” said Dixon, who sat for the bar exam in July and is starting work as an associate at Winston & Strawn LLP in Chicago next month. “When someone is wrongfully convicted, it doesn’t just hurt them – though obviously it hurts them horribly; it hurts the public’s faith in the justice system at large.”

The clinic takes applications from prisoners who say they’re innocent. Clinic members evaluate them, and if warranted, conducts further investigation.

At that stage, students may read trial transcripts and talk with witnesses to determine whether the clinic should accept the case. Dixon estimated he worked on as many as 45 cases in the investigation stage during his two-and-a-half years, as well as on three that the clinic accepted. “Peterson is the one I was certainly most involved in,” he said. “I worked on that case for close to two years.”

The case’s lengthy history dates to a Sunday morning in October 1996, when Montgomery’s daughter and son-in-law contacted police after discovering signs of a struggle in the living room of her Kalkaska home, according to court and investigative records.

They had driven there to check on her after the normally punctual Montgomery failed to show up at the East Boardman United Methodist Church at her normal time. Her car was still in the garage, its engine running.

When officers arrived, they opened its trunk and found her body. Subsequent investigation showed Montgomery had been sexually assaulted, with semen left on her body and her clothing. She died from carbon monoxide poisoning after her attacker shut her inside the running car, according to court records.

Four months later, in February 1997, a jailhouse informant contacted police to tell them Peterson, his cellmate, had been bragging about Montgomery’s killing, court records show. Peterson first denied any involvement, then over the next several weeks, gave a series of conflicting statements.

In some he said he was Montgomery’s lover; in others he said he killed her while under a delusion that she was an ex-girlfriend or that he was a reluctant accomplice of others – all of whom were cleared by police, according to court records. At one point, he said he was lying because he wanted to go back to the state mental hospital.

Although testimony at trial from relatives and a clinical psychologist showed Peterson had a history of hospitalizations for mental illness, “fluctuating contact with reality,” and a habit of making up stories for no apparent reason, the jury accepted the prosecution’s theory of the case.

It was 15 years afterward that new DNA tests implicated Ryan, who was arrested in December 2013. Michigan State Police described him at the time as an accomplice. The clinic’s efforts to get a new trial for Peterson turned on whether the DNA tests constituted new evidence.

Under Michigan law, new evidence is grounds for a retrial when the evidence itself, not just its relevance, is freshly discovered; the person seeking the new trial couldn’t, with reasonable diligence, have discovered and used it at the original trial; similar evidence supporting the same point wasn’t available and it’s likely to yield a different outcome in the case. 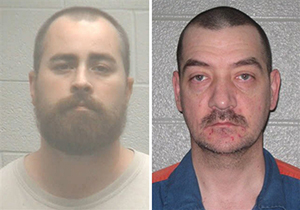 The clinic argued that the Peterson case met that standard because modern DNA-testing capabilities – which didn’t exist at the time of his original trial in 1998 – allowed examiners to rule out Peterson as a source of both semen samples, according to a motion filed with the 46th Circuit Court.

Further, they said, the national database against which the new results were compared wasn’t set up until October 1998, several months after Peterson had been sentenced. Michigan didn’t began uploading samples into the Combined DNA Index System, or CODIS, until 2001, and Ryan’s DNA wasn’t added until 2004.

The new information makes a different verdict likely, their motion said, because it undermines the prosecution’s theory that two men assaulted Montgomery and that Peterson was the likely contributor of the previously untestable semen stain.

Prosecutors demurred. The new DNA results didn’t meet the standard, they said, because they were obtained from samples that are now 18 years old and were available during the original trial.

They argued that it was Peterson’s responsibility to know that police had questioned Ryan and obtained a DNA sample from him, which would have given him the chance to request that it be tested in 1997.

Judge Allen rejected both arguments. Since DNA samples were obtained from more than 50 suspects, any request at trial to have them all tested would likely have been futile, she said, and Ryan himself had been cleared by police.

Along with the DNA evidence, the Innocence Clinic said in its motion, Peterson’s chances of winning a different verdict would be bolstered by increasing awareness of false confessions.

The attorneys cited statistics showing that about a fourth of the 312 people exonerated by DNA evidence were wrongfully convicted in the first place because of such confessions as well as a 2008 study identifying 250 untrue admissions induced by interrogation in a 20-year period.

Indeed, they pointed out, the U.S. Supreme Court acknowledged in J.D.B. v. North Carolina in 2011 and Corley v. United States in 2009 that growing evidence shows a “frighteningly high percentage of people confess to crimes they never committed.” People such as Peterson, with documented mental illness and cognitive limitations, are particularly likely to do so, they said.

While the Michigan State Police maintained even after Ryan’s 2013 arrest that Peterson knew things only someone involved could have known, many of his statements to police were both “wildly inaccurate” and inconsistent with each other, according to the motion.

“Peterson could not guess clear, obvious and memorable facts – such as the fact the victim was wearing pink slacks or where in the house the sexual assault occurred,” the motion said.

When he did get some facts right, the motion said, “He was fed these facts by his interrogators. Significantly, he was unable to lead the police to any information that they did not already know. These are the tell-tale signs of an unreliable confession.”

While prosecutors said awareness of false confessions didn’t qualify as new evidence either and thus shouldn’t be considered, Judge Allen said in her order that the new DNA results leaves the state’s case hinging on Peterson’s reliability.

His “confession will undoubtedly be viewed in a different light at retrial given the spreading awareness of false confessions by the cognitively impaired and the new DNA test results,” she wrote. “The factual disputes regarding Defendant’s confession should be resolved in the context of the new DNA evidence.”