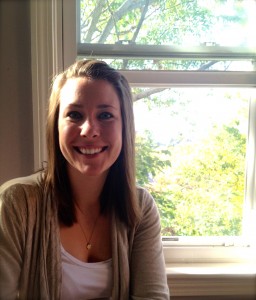 Bridgette Pighin had a career path firmly in mind when she entered law school, but her experiences there have prompted her to remap it somewhat. Her original goal: assistant general counsel in a corporation. Then came classes in corporations and civil procedure, mentoring and a reality check on jumping right into that role. She realized beginning her career at a law firm would give her a stronger base, and an externship with a federal judge has prompted her to consider pursuing a clerkship as well.

For the moment, she is involved with BU Law’s Communications, Entertainment & Sports Law Association, and has served as its vice president for the 2013-2014 academic year. She is also a member of the Review of Banking & Financial Law, and recently published an article highlighting some of the federal tax changes in light of United States v. Windsor. In her free time, she says that she enjoys being outdoors, exploring new restaurants and old favorites, learning about wine and exercising.

BRIDGETTE PIGHIN: When I was deciding between law schools, I was focused on the quality of my education, the expertise of faculty, cost and location. I looked at surveys of schools across the United States and found that Boston University School of Law had the desirable mix of these qualities.

BU’s professors are impressive and highly regarded in their respective fields. Further, they are highly rated on third-party law school review websites and regarded as extremely attentive to their students (in addition to their research). After graduating from a large, public university, I desired that one-on-one attention that Boston University promised.

In terms of location, I knew I wanted to migrate toward the East Coast. I was torn between Boston, New York and Washington, D.C. In the end, I visited Boston on a beautiful, warm weekday in March (haha) and fell in love. Finally, Boston University provided me with a generous financial aid package. The combination of these factors led me to B.U.

BP: Being a writing fellow – that is, a teaching assistant for the first years’ writing class — has been both memorable and valuable, as has externing with Judge Dennis Saylor at the U.S. District Court for the District of Massachusetts. Then there was the opportunity to take Corporations with Professor Frederick Tung and Civil Procedure with Professor Bill Marshall – the professors most true to the Socratic method in my law school experience.

BP: This summer, I am interning with Goodwin Procter in Boston. Ideally, I will stay and begin my legal career with that office.

My plans have become more realistic since I started law school. Before I started at Boston University, I worked under the general counsel of a medical start-up company. As a naïve law school 0L, I thought it might be possible to jump straight into an assistant general counsel role. Then I entered law school and was able to consult mentors and the career development office. I realized the necessity, and the benefit, of starting my career at a larger firm, where I could develop and learn as a young attorney.

Needless to say, I’m enjoying my summer associate position. I am learning from some of the brightest and most experienced legal minds in the Boston area, and am routinely challenged with complex and exciting legal issues.

I will say that since completing my judicial externship, I am more seriously considering clerking after law school.