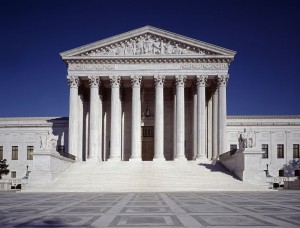 What, exactly, is a person? That’s the question at the crux of a U.S. Supreme Court ruling exempting some for-profit corporations from complying with a federal mandate to provide health insurance for birth control because of owners’ religious objections.

The 5-4 decision, handed down June 30 in Burwell v. Hobby Lobby Stores Inc., says closely held corporations are protected by a 1993 federal law requiring that the government, when it must infringe on people’s freedom of religion, do so in the least restrictive way possible. The ruling relies in part on the Dictionary Act, at the beginning of the U.S. legal code, which specifies that the word “person” includes businesses such as corporations as well as individuals.

While Justice Samuel Alito, who authored the majority opinion, was careful to specify that it applied only to closely held corporations, not to businesses whose shares are publicly traded, and only to contraception, law professors nationwide say it may have further-reaching implications.

The most immediate is an additional obstacle to women’s reproductive health-care, one that may grow over time. It also broadens a pattern of treating corporations not just as people in a legal sense, but imbuing them with human traits and needs, and creates a business-law paradox by allowing corporations to serve as a shield for their owners but not from their owners.

“This is the first time that a for-profit corporation has been held to be able to engage in the exercise of religion,” said Ryan Abbott, an associate professor at Southwestern Law School in Los Angeles and a licensed physician. “That is problematic given that corporations are able to distance themselves from their owners. Now they’re getting benefits to go along with that.” 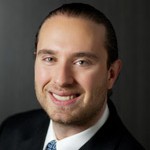 While the two companies involved in the case, Hobby Lobby and Conestoga Wood Specialties Corp., are family owned and had written statements spelling out their religious values, other closely held companies with more varied owners may seek similar exemptions, some of the professors said.

Conestoga was begun 50 years ago as a wood-working business in Norman Hahn’s Lancaster County, Pa., garage. Hahn, his wife, Elizabeth, and their three sons are the sole owners of the for-profit company, which has a values statement affirming its goal of turning a profit in accordance with the family’s Christian values.

Conestoga’s board adopted a statement spelling out the family’s belief that human life begins at conception, and the group health-insurance plan offered by the company excludes contraceptive methods that the Hahns believe are abortifacients: two so-called morning-after pills and two intrauterine devices, or IUDs.

All four are approved by the U.S. Food and Drug Administration, and consequently are required coverage under rules written by the U.S. Health and Human Services Department after passage of the Affordable Care Act, according to the court ruling.

Hobby Lobby, a 45-year-old arts-and-crafts chain, and a related business, Mardel bookstores, are controlled by David and Barbara Green and their children. Like Conestoga, Hobby Lobby is organized as a for-profit corporation, over which the Greens have total control. It has a written statement committing the owners to run the company “in a manner consistent with Biblical principles,” according to the ruling. Both Hobby Lobby and Mardel stores are closed on Sundays.

The Greens, like the Hahns, say they believe life begins at conception and they object to the same four birth-control methods opposed by Conestoga.

The government had argued that neither company could avail itself of the Religious Freedom Restoration Act because they are for-profit businesses, and that the owners could not do so because the regulations applied to the businesses. Under corporate law, they’re considered to be separate entities from their shareholders.

Health and Human Services “would put these merchants to a difficult choice: either give up the right to seek judicial protection of their religious liberty or forgo the benefits, available to their competitors, of operating as corporations,” Alito wrote for the majority in the ruling. 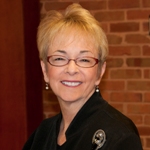 An amicus curiae brief filed by 44 law professors and organized by Jayne Barnard of William & Mary Law School in Williamsburg, Va., had examined that same dilemma from the opposite perspective.

It argued that a ruling in favor of Hobby Lobby and Conestoga would have given them a competitive advantage, because they wouldn’t have to provide the same health-care benefits as their rivals, and that if the case succeeded, other businesses would be likely to seek the same edge.

“Companies suffering a competitive disadvantage will simply claim a ‘Road to Damascus’ conversion,” the professors wrote in the January brief. “A company will adopt a board resolution asserting a religious belief inconsistent with whatever regulation they find obnoxious.”

The brief, as a whole, argued against letting shareholders “cloak themselves in the corporate veil to shield their personal assets and at the same time claim that the corporations they control have adopted the owners’ religious belief,” Barnard, a nationally recognized expert in corporate law and governance, said in a statement on William & Mary’s website.

“Hobby Lobby and Conestoga argue that they should be exempt from federal law because of the religious values of their controlling shareholders, while seeking to maintain corporate separateness for all other purpose,” the professors said in their brief. They “cannot have it both ways.”

The court found instead that protecting corporations like Hobby Lobby, Conestoga and Mardel protects “the religious liberty of the humans who own and control those companies,” which is what Congress sought to do with the Religious Freedom act. To succeed in a lawsuit under the statute, a company must demonstrate that the government is infringing on a sincerely held religious belief and that a less restrictive alternative is available, the court said.

Because the court based the decision on a statute, rather than the Constitution’s religious freedom guarantees, Congress has the power to negate it by modifying the law, said Southwestern Law’s Abbott.

“If it was a constitutional issue, it basically takes it off the table for Congress and says, ‘This is something you can’t do,’” he said.

The ruling doesn’t extend protections of the Religious Freedom Act to publicly traded corporations because the case didn’t necessitate the Justices addressing that, Alito wrote. Additionally, “the idea that unrelated shareholders – including institutional investors with their own set of stakeholders – would agree to run a corporation under the same religious beliefs seems improbable,” he wrote.

Still, questions of applicability remain and companies will likely seek to resolve them through legal channels, the professors said.

“In future cases, the court will have to further articulate the distinction between those firms that are capable of exercising religion under the Religious Freedom Restoration Act and those that are not,” said Alan Meese, a William & Mary professor specializing in corporations and antitrust law, who clerked for Justice Antonin Scalia.

While the ruling isn’t limited to family-owned business, such companies may find it easier to meet one of the basic criteria for exemption: demonstrating that a putative religious objection is sincerely held, said Greg Dolin, an associate professor and co-director at the University of Baltimore’s Center for Medicine and Law.

“Families tend to share their religious views, and views on what’s right and wrong, and so they’re not just bound by some sort of business agreement but they’re bound by growing up in the same religious milieu and so on,” Dolin said. 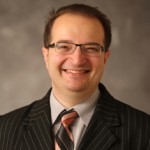 “When you’re talking about a closely held corporation of three partners, they might all go to the same church and that’s how they’ve met and that’s why they went into business together, but not necessarily,” he said. “And so they’re potentially less likely to organize a corporation for those purposes.”

While other small businesses may seek to take advantage of the ruling, Dolin said that larger ones, particularly those that are publicly traded, are less likely to do so because the resulting controversy would be anathema.

“It’s one of the things they fear most: They don’t want protests in front of their stores,” he said. “They want to be in the news for the new computer they made, the low gas prices, but not for this.”

Where the ruling may, perhaps, have a broader impact than the majority anticipated is in its application to broader health-care services, Dolin said. Alito’s opinion specifies that the court is addressing contraception only, and that an insurance-coverage requirement isn’t automatically voided by an employer’s religious belief.

“Other coverage requirements, such as immunizations, may be supported by different interests (for example, the need to combat the spread of infectious diseases and may involve different arguments about the least restrictive means of providing them,” the justice wrote.

Dolin isn’t convinced the ruling can be so easily confined. 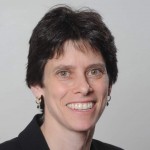 Suzanne Goldberg, a professor and director of the Center for Gender and Sexuality Law at Columbia University in New York, likewise predicted the decision would have a wider impact.

“There’s also an open question about whether companies like Hobby Loby can discriminate based on sex and can refuse to provide other sorts of health-care that they object to for faith-based reasons,” she said. “This opens the door for religious employers to discriminate and refuse equal treatment for their employees for all sorts of reasons. We just don’t know yet how far the door will open.”

She and Southwestern Law’s Abbott both noted the decision’s adverse effect on women’s  health care.

“The ruling is deeply troubling on its own because it allows for-profit employers to deny basic healthcare to female employees,” Goldberg said. “Just in itself, that’s an enormous problem.”

Further, it echoes the Citizens United decision of 2010, which held that corporations were entitled to First Amendment guarantees of free speech, in attributing human qualities to businesses, she said.

“In the law, it has long been accepted that corporations have rights, but that understanding does not make them human,” she said. “This is a repeat of Citizens United in treating corporations as part of humanity, exercising human-like behaviors, which is speech in Citizens United and religious practice here.”