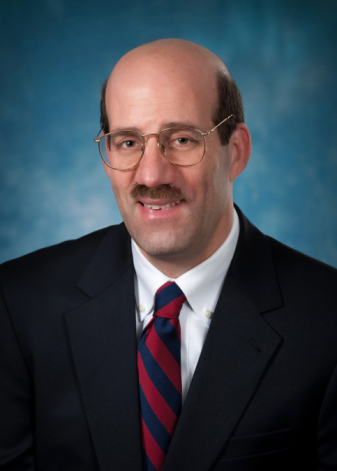 Mark Gordon remembers Mario Cuomo not just as a three-term governor of New York and a former employer, but as the man who convinced him to change careers.

Not by talking Gordon into it, at least not in the sense that phrase usually implies. Rather, the governor routinely used the argumentation skills honed in law school to talk through public-policy issues with Gordon and other aides. The debates, which Cuomo invariably won, helped him evaluate different sides of public policy-issues and determine his own position.

Although Gordon had just completed a master’s degree in international affairs at Columbia University in 1982, watching Cuomo, he said, convinced him to enroll in law school. It was a decision that led, ultimately, to his selection in January as president and dean of the William Mitchell College of Law.

Gordon, whose appointment is effective July 1, takes the helm as William Mitchell joins a vanguard of schools refining the traditional U.S. legal education model to meet the needs of a changing labor market. The St. Paul-based law school introduced a hybrid program this semester that combines online and on-site classes, saving money for some students who can continue working full-time and won’t have to relocate while pursuing a juris doctorate degree.

“I was so attracted by William Mitchell and what it is doing and how innovative it has been and how open to innovation it is,” Gordon said in a telephone interview. “What I saw is a place that is really starting to create the distinctive 21st century model for legal education. The hybrid is a piece of that; frankly, it’s probably the one that people first think of when you talk in terms of innovation. But it’s just the tip of the iceberg in terms of what’s going on there.”

Gordon is currently president of Defiance College, a private institution in Ohio, where he has increased full-time freshman enrollment and completed a $26 million capital campaign. He succeeds Eric Janus, who was appointed dean of William Mitchell in 2007 and is returning to the law school’s faculty.

Gordon’s “academic and administrative experience coupled with his strong leadership skills and commitment to innovation in education make him the right person to lead William Mitchell at this time,” Helen Meyer, a retired Minnesota Supreme Court justice who chaired the search committee, said in a statement.

Like law schools nationwide, William Mitchell has grappled with declining applications in the past four years as recent graduates encountered an over-saturated job market and struggled to repay student loans.

Nationwide, the number of new law students has fallen 28 percent from a high of 52,488 in 2010. Still, the slide showed signs of slowing in the fall as schools emphasize experiential programs such as clinics and externships to better prepare graduates to start work immediately.

“The breadth of innovation going on in our law schools is just tremendous,” Kelly Testy, president-elect of the Association of American Law Schools, said in January at the group’s annual conference in Washington, D.C. “One of the things about change is that it can be, initially, a little scary. But change is disruptive in a good sense: It opens up the space for innovation and new opportunities.”

William Mitchell’s hybrid, for example, is the first program of its kind at a law school approved by the American Bar Association’s Section of Legal Education and Admissions to the Bar, the federal government-designated accrediting agency.

The program admitted 85 students, who will visit campus 10 times during a degree program that spans four years, rather than the three typically required for full-time students to obtain a J.D. The first and third semesters both start with a prep week on campus, and students return for a week at the end of each of their eight semesters. The bulk of the remaining classes and coursework are completed online.

William Mitchell, an independent school, also has robust externships and mentoring, along with the top-ranked clinical program in its region, according to a statement. In the 2013-14 academic year, the school offered 260 clinical slots.

Government is, in fact, the career path that Gordon intended to pursue when he worked for Cuomo, the three-term governor who died in January at age 82.

At first puzzled by Cuomo’s penchant for backing first one stance and then another, Gordon eventually realized that the governor was “testing different propositions and testing how comfortable it was to argue this side and argue that side.”

Watching those discussions, and participating, Gordon decided to pursue a law degree.

“I thought, ‘I’m never going to be as smart as Mario Cuomo, but I want to have that kind of training,’” Gordon said. “I was just so lucky to have him as a mentor and a real inspiration.”