Campus Snapshot: There is exactly one law school in the U.S. with tuition under $15,000 a year that U.S. Supreme Court Justice Ruth Bader Ginsburg has called “An institution of incomparable value” – and it is CUNY Law School in Long Island City, Queens. One of the nation’s younger ABA-accredited schools, it was established in 1983 to be a premier public interest law school, pairing clinical legal instruction with traditional curriculum. The school offers exceptional value and a terrific answer to those seeking a great pipeline to public interest law at the right price. It has produced more than 30 judges, 70 members of the Legal Aid Society of New York, state senators and assembly members, and countless lawyers who fight for minorities, disabled, immigrants, elderly, children and underdogs every day. 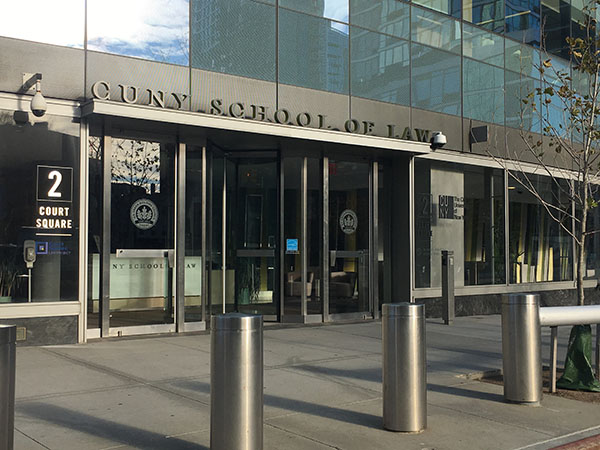 David Ourlicht is exactly the kind of student for whom the City University of New York established a law school in 1983. Not long ago, he was a young African-American man in New York, which can mean many things. But in David’s case, it meant he was stopped by the NY City cops a lot under Mayor Bloomberg’s liberal stop-and-frisk policy. Ourlicht recounted being stopped more than 10 times, often on the thinnest of pretexts. He joined others and became a lead plaintiff in Floyd v. City of New York, which found the practice unconstitutional. His involvement in that case led Ourlicht to CUNY Law School in Long Island City, where he has become a leader and mentor, winning stints at Boies Schiller; the Neighborhood Defender Services of Harlem; the Legal Aid Society in the Bronx; and a nod as one of National Jurist’s 25 law students of the year.

Take a look at the terrific video on CUNY Law School’s website and you can’t help but feel welcome by a warm array of diverse students and professors. And that’s no window dressing. The school’s motto is “Law In the Service of Human Needs,” and it defines human as broadly as the city it serves. The small school is 434 students, of whom 62 percent are female and 53 percent minority. That diversity carries through to its faculty, which is 66 percent female (the average for all U.S. schools is 41 percent); and 35 percent minority (the average is 13 percent).

The school’s home since 2012 supports its public service mission with six stories in a Citibank tower near the Long Island City Courthouse. It’s served by seven subway lines, the Long Island Railroad and eight bus lines.

Every CUNY 3L is required to participate in a clinic or concentration for at least one semester, and there are many to choose from, ranging from economic justice to immigrant and non-citizen rights. Under the Main Street Legal Services Inc. umbrella, students provide direct services in-house with supervised client representation through the school’s clinics. The school’s CUNY Law Review is a leader in public interest scholarship and noted for its Symposium Issue on Justice Ruth Bader Ginsburg. It also established the Center for Diversity in the Legal Profession, and offers a Pipeline to Justice program for students who are LSAT-challenged. 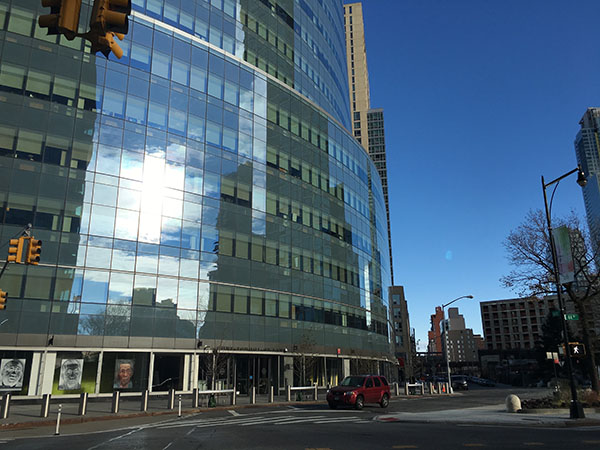 And lest you think, oh sure, but for that price, is the school any good on the numbers? Why, yes, it is. It accepts 45.4 percent of those who apply, and 29.4 percent of those attend. Its staggering tuition of $14,663 for residents (and $23,983 for non-residents) is by a long shot the cheapest tuition in New York state. How cheap is it? Putting aside SUNY Buffalo Law School (tuition of $27,979) you can complete your ENTIRE THREE YEAR DEGREE at CUNY for less than one year at any other New York law school. That’s right, three years at CUNY is $43,989. Part-time is a similarly reasonable $13,726 for residents and $22,426 for non-residents. Of course, cost is not the be all and end all for everyone, but for a school whose mission is public service, this is a great model. Consequently, the school offers fewer scholarships than most, with 51 percent of students receiving scholarship at a median level of $5,000.

The school’s 1L attrition of 7.8 percent is a bit below the national average of 8.4 percent; while its 2L attrition of 8.6 percent is significantly above the national 1.6 percent mark. The school outperforms the New York bar, which 88.8 percent of its graduates take. Last year, 81 percent of them passed (compared with 78.1 percent for all schools).

It’s often said that the U.S. doesn’t need so many lawyers. That’s not true. Anyone who’s ever been to a family law courthouse or a nursing home or a jail knows the lie of that sentiment. What the U.S. needs many more of are lawyers who can afford to truly serve the public. CUNY Law has devised a platform to do exactly that.