Campus Snapshot: Columbia University Law School in New York City is one of the iconic law schools of the United States, and one with a claim to being the preeminent feeder school to the elite Manhattan firms. But its cred doesn’t stop there. It’s the alma mater of nine U.S. Supreme Court Justices, including the first, John Jay, and the very current Ruth Bader Ginsburg. Sonia Sotomayor taught here until she was chosen for SCOTUS. Who else? Hamilton, as in Alexander Hamilton, the first Secretary of the Treasury. It’s progressive in many ways, with clinics and student journals embracing leading legal thought and societal developments, while teaching corporate and international law on a par of its own. But there’s a price: Columbia is the most expensive law school in the U.S., with a tab of $65,260 – and one of the lower percentages of students receiving scholarships, just 51 percent. If you’re considering applying, it’s a tough admit, accepting just 20.85 percent of applicants. But if you’ve been admitted, and haven’t made up your mind, what are you waiting for?

There was a moment in 2015 when three of the top Justice Department jobs were all held by Columbia Law School graduates: Eric Holder (Attorney General); Donald Verrilli (Solicitor General); and Assistant Attorney General for the Criminal Division (Lanny Breuer). And when they argued to the Supreme Court, it was to a Harvard-Yale lock box with one exception: Ruth Bader Ginsburg started her legal studies at Harvard, but transferred and earned her J.D. from Columbia. 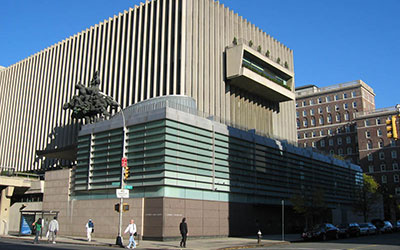 We are talking very, very rare air here. And as impressive as its history, breadth of education, clinics and community engagement is, there’s one metric that may matter most to you if you’re trying to decide which law school to attend: Columbia kills it among elite law firm partners. It does not have the highest overall job placement rate among elite schools (that goes to University of Chicago at 98 percent, followed by NYU at 97.6 percent). But it has the third highest, at 97.6 percent (a figure equaled by Penn). It’s tops, however, in the total number of students placed in big firms: Columbia rules at 297, with Harvard and NYU as runners up with 289 apiece.

The school’s history is remarkable. Its colonial predecessor was King’s College, from which John Jay and Alexander Hamilton graduated. It was founded as Columbia College Law School in 1858, one of the rare law schools in the U.S. before the civil war. Both presidents Roosevelt attended the law school, and though neither graduated, nine Supreme Court Justices, as well as Cabinet members, Presidential advisors, CEOs, judges and educational leaders have in abundance. And, this being New York, Oscar Hammerstein attended the law school, and Paul Robeson, whose rendition of “Ol’ Man River” in Show Boat was legendary is even more so considering the athlete, actor and civil rights activist was also a Columbia Law grad.

The school is far from an Ivory Tower up in Morningside Heights, however. It’s had a hand in the most important issues of the moment since inception. The school established the first AIDS law clinic in the U.S. in 1988. It excels in international and corporate law, with centers focusing on Chinese, Korean, and the only Japanese Legal Studies center in the U.S. In 2012 it established three new centers, focused on global markets and corporate ownership; constitutional governance; and international commercial and investment arbitration law. The Columbia Law Review is one of the most cited law journals in the world, and is accompanied by 13 other student-edited journals on a variety of timely and important topics. It also offers strong alliance with China through a program with Peking University as well as a powerful federal government semester program in Washington, D.C.

There is one other metric in which Columbia is #1 – and that’s tuition. At $65,260 it is the most expensive law school in the United States (and one of only five to surpass the $60k mark: NYU, Cornell, Penn and Chicago). On the other numbers, the school is very large (1234 students); 52 percent male; 32 percent minority; and has a strong 8:1 student to faculty ratio. Interestingly, it offers rare opportunity to transfer in, with 50 students moving to Columbia in the last year (the average per school is 5). Its attrition is very low (0.5 1L, 1.5 2L). While its bar pass rate is significantly above the NY average of 78.1 percent, Columbia’s mark of 92.7 percent is a little out of step for its preeminence (NYU, for example, has a 96.2 pass rate.

There is an overabundance of fantastic law schools a train ride from New York, all of which do exquisitely well placing into prime positions in law firms, government and public interest. And Columbia more than holds its own. A virtue of going to school in New York is that you are already in the City, networking and having just a bit of an edge (but really, no one can fault Harvard, Yale, Penn or Georgetown, all of which are less than a three-hour train ride away).

Many students will try to choose between NYU and Columbia. While Columbia is more expensive, NYU is the second-most expensive law school in the country, albeit one that offers more scholarship support than its uptown competitor. Columbia historically has placed extraordinarily well in clerkships, including coveted U.S. Supreme Court posts, but NYU has actually placed a few more overall in recent years. A higher percentage of those accepted by Columbia (31.9 percent) choose to attend than NYU (23.2 percent). We’d suggest you look carefully at the specific programs in which you’re most interested; weigh the financial package you have been lucky enough to be offered; and thank your lucky stars you have a chance to attend one of the great law schools in America in its undisputed legal capital.