Day 11: The Road to Lubbock for Texas Tech Law School

Campus Snapshot: Texas Tech Law School was the dream of a country lawyer who had to apprentice for the bar because he couldn’t afford the high-falutin’ city schools in Texas approved by the ABA. The school has remained true to that philosophy, offering more affordable education in a very affordable West Texas town and a trial advocacy program considered among the nation’s best. Job outcomes are good, not great, and its alums primarily practice in small Texas firms.

Happiness is said to be Lubbock, Texas, in your rearview mirror (or so the song goes), so why was I driving for most of a day to get there? There are stretches of the U.S. where there’s a whole lot of pavement between houses of legal education, and the Southwest is particularly sparse. 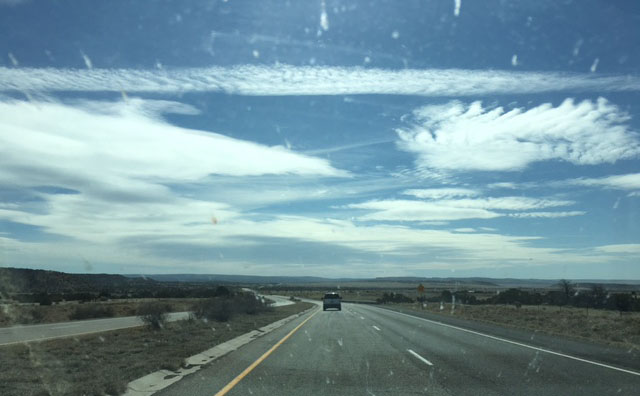 The road to Lubbock.

So when I saw Lubbock – home of Texas Tech Law School – up ahead one evening, I understood what the school’s founder, Alvin R. Allison felt. According to the school, Allison was ” ‘a country lawyer from Levelland’ who could not afford to attend” one of the state’s then-three ABA accredited law schools, so he apprenticed for the bar. That fueled his passion to establish a law school in West Texas at his alma mater, Texas Tech University. The school was accredited in 1970 and attracts students, mostly from the region, with a sterling reputation in advocacy training, strong bar preparedness and lower than average costs.

Among its most famous alumni is the fabulous trial lawyer, W. Mark Lanier, of Lanier Law Firm in Houston. We asked his thoughts on the school. “Texas Tech Law School taught me law and advocacy, provided camaraderie and life-long friends, instilled work ethics and values, and did it all while tallying up lower student loans than most schools! Why go anywhere else?”

Hard to argue with a lawyer who’s won hundreds of millions of dollars with exactly the type of skills and community involvement Texas Tech tries to instill.

This is a sizable school – with 560 students, which are 54 percent male and 24 percent diverse. An above-average number of students leave after the second year, and it’s also off the mark in its high student-to-faculty ratio of 19:1. Its tuition (and cost-of-living) are very favorable, with resident tuition clocking in at $23,262 and non-residents paying $33,792.

The school’s graduates practice, on average, in small Texas firms; of 231 recent graduates, 110 are employed in law firms (11 as solos and 90 in small firms); 24 are unemployed and seeking legal jobs.  While Lubbock is a terrific place to go to school, its small-town benefits and rural locale are not conducive to big-city jobs. There are just 360 lawyers employed in Lubbock, and they earn on average $93K, according to the StartClass site. Just six members of the recent class are employed in big firms.

In addition to Lanier, other notable Texas Tech alums include Texas Supreme Court Justice Philip Johnson; Dustin Burrows, a member of the the Texas House of Representatives from Lubbock; Joe Moody, a member of the Texas House of Representatives from El Paso; businessman and New Mexico rancher Edward Tinsley; state court Judge Melody Wilkinson of Ft. Worth; Janna Ward Clarke of Broude Smith in Ft. Worth; Gerald Dixon of Dixon Scholl in Albuquerque; Jay Browning, general counsel of Valero Energy; and Darryl Vereen of Mounce Green in El Paso, who is the current alumni association president.