A federal judge has agreed to the voluntary dismissal of a former Northwestern Law student’s suit claiming he was wrongfully kicked out when the school learned of his felony conviction for pretending to be a lawyer.

Mauricio R. Celis, Northwestern Law and Instituto de Empresa, the school’s Spanish partner in the executive master’s in law program, sought the dismissal about a month after the case was referred to a federal magistrate for settlement talks. Their joint request, filed on June 18, makes no mention of any settlement agreement. 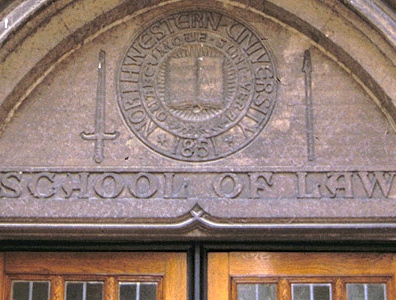 Celis’s lawsuit, filed in the Northern District of Illinois in April, said he was told two months before his scheduled graduation in May that he was being expelled because of incorrect statements and omissions in his application.

Among them was a 2009 conviction on 14 counts of falsely holding himself out as a lawyer, for which Texas court records show Celis was fined $10,000 and sentence to 10 years of community service. He was accused of accepting checks for as much as $440,000 as payment of attorneys’ fees and describing himself as a member of the Mexican bar, according to court records.

His subsequent appeal alleging bias by the trial judge, insufficient evidence and unconstitutional broadness in Texas law governing attorney advertising was rejected by the Texas Court of Appeals in August 2011. Celis had argued at trial that he was allowed to describe himself as a lawyer from Mexico because the country permits all its citizens to practice in areas including criminal, employment and agrarian law. Two witnesses from the Mexican court system supported his explanation.

The 43-year-old said his expulsion from the Executive LL.M. program violated his contract with Northwestern and IE, made worthless his payments of $76,000 for tuition and other expenses, and deprived him of a teaching position at the Universidad Autonoma Nuevo Leon in Mexico, which was conditioned on his completion of the degree.

The 10-month master’s program, designed to combine Anglo-American common law and its use in international practice with management basics, includes three two-week sessions in Madrid, where Instituto Empresa is based, and one at Northwestern’s campus in Chicago. Graduates receive an LL.M. from Northwestern and a certificate in business administration from IE.

Celis argued that the application he completed for the master’s program contained no questions about his legal or criminal background, nor any “catch-all” queries and sought to recover the $76,000 as well as attorneys’ fees.