Think of America’s legal education system as a law-school building, and the package of changes that the American Bar Association approved at its annual meeting this week are like a renovation that changes the form and function of some rooms but leaves the overall structure intact.

The most significant of the modifications are likely requiring schools to set their own learning objectives then assess how well students are meeting them, and mandating six credit-hours of practical learning rather than a “substantial amount,” said Barry Currier, managing director of accreditation and legal education at the ABA. 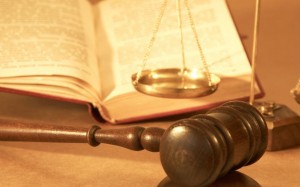 The approximately 40 pages of rule changes follow a six-year review of accreditation standards that occurred against a backdrop of prolonged upheaval in legal education. The assessment began in 2008, amid a recession that prompted a spike in law school enrollment, and continued as admissions plummeted when graduates found themselves mired in debt averaging more than $100,000 and struggling to find employment in a slower labor market.

“The economic downturn had profound impacts on the practice of law,” Solomon Oliver Jr., chairman of the Council of the Section of Legal Education and Admissions to the Bar, wrote in a statement included with the proposals. “At a time when law school enrollments and graduates were at all-time highs, the job market contracted substantially. The combination of the cost of law school, most often financed with student loans, and declining job opportunities created a difficult environment for students, graduates and law schools.”

Enrollment of first-year students at U.S. law schools peaked at about 52,000 in 2010-11 and has since dropped 24 percent amid a labor-market glut. Some 420,000 J.D.s were awarded in U.S. schools in the 10 years through 2012, roughly five times the increase in filled lawyer positions during the same period, according to an analysis by Lawdragon.

As demand for a legal education slipped, law schools have reduced tuition, increased financial aid packages and trimmed the number of students admitted in order to maintain academic standards.

Consequently, the standards review took considerably longer than the two years originally planned, Oliver said. While the result is a significant improvement, he wrote “there is still work to do.”

Not everyone characterizes the changes as significant. Brian Leiter, a University of Chicago law professor who evaluates law schools, wrote on his blog in the Law Professor Blog Network that the changes are unlikely to have meaningful effects, aside from creating a “windfall” for experiential professors.

The revisions became final  after consent today by the ABA’s House of Delegates during its meeting in Boston. They have already been approved by the Council of the ABA Section of Legal Education and Admissions to the Bar, which accredits more than 200 U.S. law schools on behalf of the federal Department of Education.

The group’s certification that they meet its detailed standards allows graduates of those schools to sit for bar exams in any state in the U.S. The changes include:

The strengthened requirement for practical learning is important for both law students and their eventual clients, said Erwin Chemerinsky, dean of the University of California-Irvine School of Law. UC-Irvine offered 15 clinical courses in the 2013-14 academic year, and it requires an in-house clinical experience of its graduates.

“I don’t think you can be prepared to be a lawyer unless you’ve had some experience representing clients,” Chemerinsky said in a telephone interview.

“The line I often use is, ‘Could you imagine if medical schools train doctors and the medical students had never seen patients?’” he said. “What if medical schools said, ‘We’ll teach our students to think like doctors’? None of us would accept that, and I believe the same thing is true with regard to law.”

Among the other changes, the structure of the new assessment standard, and the changes regarding distance education and LSAT requirements, allow law schools significant flexibility, he said.