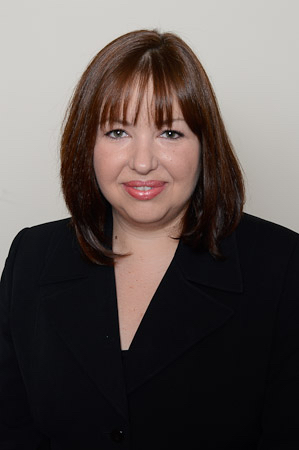 The law has long beckoned to Beatrice Barenboim, but business has, until recently, intervened. “Law is what I always wanted to do since I was a kid,”  Barenboim, a  student in New York Law School’s new two-year, J.D. honors program, said in a telephone interview. She loves the critical thinking, the logic and debate aspects of lawyering as well as the prospect of working with and for people.

“I actually took the LSAT in college and did phenomenally well – in the 99th percentile,” she said. “But New York University offered a combined B.A.-M.B.A. if I stayed on a bit longer and worked for a short time. Given that I was interested in corporate law, I figured that an M.B.A. wouldn’t hurt. Then I’d apply to law school.”

She didn’t anticipate that “then” would take more than 15 years. She found a job with Neuberger Berman, an asset management firm, where she focused on performance reporting and assisting portfolio managers in executing trades and servicing clients. It allowed her to eventually work toward her master’s degree in business at night, with the firm paying for it.

Once accepted into Stern’s program to study abroad in the Netherlands, however, she quit her job to pursue a graduate degree full time. The Euro was being introduced in Europe, an exciting moment in global business. The move also allowed her to dedicate most of her remaining time at Stern to studying and looking for work.

After graduating, Barenboim became an international equity analyst for Oppenheimer Capital, an asset management firm, where she worked with a small team investing clients’ retirement money in overseas equities on a growing product that peaked at more than $4.4 billion. “I stayed and succeeded there for more than nine years,” she said. Downsized in 2009, she became a European equity salesperson for Evolution Securities, a British brokerage firm starting up in the U.S. market. After a year-and-a-half, she was downsized again.

“I think that I was simply trying to stay in the financial industry, working first for the buy side, then the sell side, and doing well for clients at both companies,” she said. “But the industry clearly had other plans for me.” With the 2008 collapse of the financial markets, the asset management business experienced a decline apart from the general economy. “I was forced to do some soul searching and move on to other things,” she said.

Those options included becoming a licensed real-estate salesperson in New York, closing more than $2 million worth of transactions, and the necessary coursework at Hunter College to qualify for the exams leading to a Certified Public Accountant designation. The problem was that she has no interest in accounting. “There I was, with almost 15 years of solid experience in the finance world, unemployed and contemplating going back to school,” she said. “I figured that I should do what I’ve always wanted to do – become a lawyer. And I’m doing it, thanks to New York Law School and this two-year program.”

LAWDRAGON: What were key factors that you used to choose your law school?

BEATRICE BARENBOIM: New York Law was the only school to which I applied, specifically because of the two-year J.D. honors program. The shortened curriculum was the main attraction, given that this is a second career for me and time is of the essence. While there are other two-year programs available, this one is in New York: I’m a lifelong resident, and though I like to travel, I want to continue living here. Then, too, the guaranteed scholarship — minimum of $50,000 — and paid fellowship upon completion made this program stand out among its competitors.

With the job market still in flux, the fellowship guarantees us all a foot in the door, which might lead to a job or at least would better position us to hear of and go after jobs in our practice areas.

I also know several graduates of the law school who have gone on to have successful careers in a wide range of legal fields and who have spoken highly of the quality of education here.

BB: I have had pretty demanding education and career workloads in the past, and I’m certainly not afraid to roll up my sleeves and put in 110 percent. I was still a bit surprised by the level of work, intensity and competition to do well in law school.

Everything is graded on a curve. And this is a small class of 22 people. Most of us are older and come from other careers, although there is more of a mix than I expected, with a few straight out of college but having had great work experiences. What this means is that we’re all over-achievers in our own way; we’re all ambitious in our own way. Don’t mistake me – we’re all friendly and supportive, we go out together. But the reality is that we’re all competing for top grades and for summer jobs.

Then there’s the workload. I’ve never had this much to read, this much homework; not even in accounting. In the classroom, participation is required as you’re repeatedly cold-called. You must be prepared to think and talk on the spot.

I kept thinking during the first month or so that it’s a good thing I thrive under pressure. That’s one thing this program has confirmed: that I’m up to the challenge.

LD: You’ve been in law school only a few months, but have there been any memorable experiences?

BB: Our one-week, two-credit Introduction to Legal Reasoning course, which we took prior to the start of the semester, is an experience I will never forget. Going to class every day from 9 a.m. to 5 p.m., with five to six hours of homework every night: I didn’t realize at the time how much we learned in that one intensive, and sometimes intimidating, period. But I continue to draw upon those lessons with every passing week of law school.

The school threw us into the pool with first assignments that involved reading four cases and briefing them. I had no idea how to effectively do that, so it was a kind of, ‘Figure it out as you go, starting now.’ With no one there to spoon-feed us, I think we all learned to think quicker, to jump-start our brains and analytical skills. It was a bit scary at first, but it worked. The same is true of discussing cases in class. The professors played devil’s advocate to start, taking different points of view.

What I remember are these “aha” moments, when I would suddenly realize why the professor asked that question, why she was introducing that perspective on a case. The object was to think about any issue from as many directions and points of view as you can: What if my opponent argues this? What if the law says that? Before law school, most of us were trained to have an opinion and argue for that position. Here, we’re being trained to argue intelligently, cogently any opinion. At the start, the professors actively played that role. As we progressed, we’re doing it ourselves – identifying the problem and the attendant issues, figuring out alternatives, playing out each argument as you decide what to do.

LD: What are the tradeoffs of taking a two-year rather than a three-year J.D. program?

BB: Because of a truncated schedule, there is less time to take as many elective courses as I certainly wanted. Scheduling is a bit more difficult, too, because we have to fit in all our requirements. For example, I had always planned to focus on corporate law and affiliate with the business center. But I also hoped to take classes in intellectual property or international litigation.

That’s not how the program is set up. You really do have to plan far in advance – I’m preparing to register for the fall and the following spring. That means you have to make decisions pretty quickly, especially to participate in the law school’s non-classroom ways of learning, including clinics and externships. There is much less room for experimenting. So if you come to law school and you’re not sure about the area in which you want to practice, just know that this program will give you less room to maneuver and try different areas of study.

BB: Given my background in finance, it is most logical for me to pursue a career in corporate law. I believe that my knowledge of business transactions, valuations and accounting will help tremendously in that area, especially if I can work for a large law firm. That’s been, and continues to be, my main focus. Being hired by a large firm, however, isn’t easy. So I’m considering jobs such as general counsel for a financial services firm or, perhaps, working in compliance, which would also allow me to harness what I’ve learned in the financial industry in addition to what I’m learning now.

And despite what I said about having to decide your interests early on in a two-year program, I have very much enjoyed my class in criminal law. Now I’m thinking of combining my interests and background, what I’ve done and what I know, and working in a field such as white-collar crime, criminal and corporate.