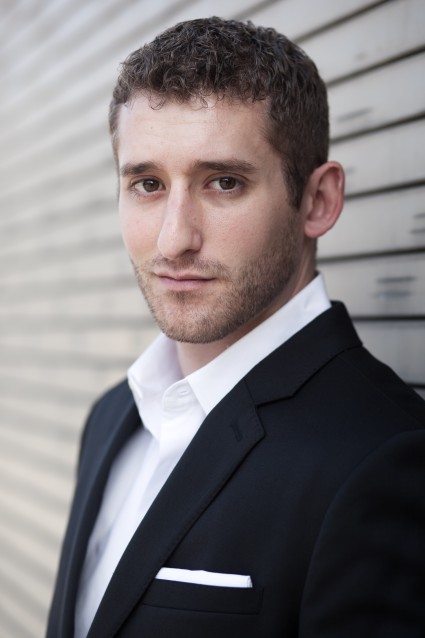 Scott Sasser’s service in the U.S. Marine Corps became the key to finding a school that would prepare him for a career as a California attorney. Sasser, a 3L at Pepperdine University School of Law, joined the Marines out of a sense of duty to country as well as an obligation to himself.

“I’d grown up in the Chicago suburbs and wasn’t ready to settle into a desk job in my hometown,” he said in an e-mail and telephone interview. “I wanted a challenge.”

As a junior public affairs officer, he wanted initially to stay in the U.S., preferably on the West Coast. The Corps had other ideas. After nearly a year of training in Virginia and Maryland, Sasser was assigned to Okinawa, Japan. While there, he deployed on civil-military operations missions to both the Philippines and Thailand, and one training mission to mainland Japan. He then completed an operational combat deployment to Afghanistan, where he served as a Tactical Psychological Operations Team Leader.

“I describe it as the ‘best worst’ experience of my life,” he said. “We could see the difference we were making there. It also gave me a healthier perspective on life, on what’s important, and on what situations are actually worth getting stressed about.”

He was promoted to the rank of captain and assigned as the director of public affairs for II Marine Expeditionary Force in Camp Lejeune, N.C., but decided that afterward, he would leave active-duty and pursue a law career – something he had considered periodically over the years. The position, normally held by a lieutenant colonel, made Sasser the unit’s senior public affairs officer and lead spokesman for more than 60,000 Marines, sailors and civilians.

“It was humbling being asked by much more senior officers for my opinions and recommendations,” he said. “But it wasn’t what I wanted to do for the rest of my life, and it wasn’t California,” which is where Sasser said he had long wanted to live.

“I had always loved debate and argument, and was attracted to law school as a challenge both mental and intellectual, much as the Marine Corps had been,” he said. “I wasn’t married. I had no kids. It seemed like the right time to make the move.”

SCOTT SASSER: I didn’t ignore school rank and reputation or my GPA and LSAT scores. But finding a school that was the right fit for me was the most important factor on my list. Geography played a significant role as I wanted to live and work in California. I concentrated on law schools in that state, although I also applied to a few schools in Illinois, my home state, and one or two outliers.

But without even visiting schools to get a sense of their campuses and cultures, Pepperdine rose to the top for a number of reasons, the financial aspect being one of them. The Veterans Administration website shows universities and their graduate schools that participate in Yellow Ribbon financing. That’s the GI Education Enhancement Program designed to pick up on tuition and fees where the post-9/11 GI Bill leaves off. Pepperdine is one of the few law schools that contributes to Yellow Ribbon with no cap. This meant that, if admitted, all of my tuition, student health insurance and most of my living expenses would be paid for. I wouldn’t incur debt on the way to a career in law. There is no question going to a T14 law school can be life changing. But it is important to weigh that with what you want to do and the financial burden you will incur. If you can attend a school where you will not graduate with $200,000 debt – the freedom and flexibility gained in career decisions seems just as important to consider.

The school also has an esteemed group of professors, offers a variety of clinical and international programs, and includes the Straus Institute for Dispute Resolution — a program that has been ranked first in the nation for the past 10 years (with Harvard’s program coming in second).

The deciding factor, though, was my visit to Pepperdine’s campus. This was not because it’s nestled into the Santa Monica Mountains, with breathtaking views of the Pacific Ocean – which is a nice bonus, but no reason for choosing a law school. It was because of the culture. Walk the halls on a tour and you notice what makes Pepperdine what it is. Professors pass by and stop to chat; faculty and administrators leave their doors open, welcoming anyone who needs anything, and you may even meet the dean, Deanell Tacha, who is always happy to speak with and assist students.

I hesitate to use the word “community,” because it is likely used by admissions offices at law schools across the country. But at Pepperdine, it is warranted. This school creates an environment where the people – the professors, administrators, even your peers who are also your competitors – want you to succeed. That, to me, is a community.

SS: I would like to have known what I now call “how to do law school” – how to understand what seems to be a foreign language; how to analyze and outline cases; how to prepare for being cold-called in class and sound somewhat intelligent in your responses; how to study for exams – basically, how to succeed and, equally as important, that I could and would succeed.

In that regard, Pepperdine this academic year started a new program, Launch Week. Led and created by the Parris Institute for Professional Formation, this is an entire first week of classes, training sessions, clinics and activities to help entering students transition into law school. There’s even a mock class, so that you can embarrass yourself with a professor who won’t actually be teaching you in your 1L year. Students earn a unit of credit for the week, and several related events throughout the first year. From talking with many first years, it has been well received.

Which leads me to the second thing I wish I had known: During those first weeks, most of my peers were just as confused and uncertain about what they were doing as I was. It is easy to overlook that everyone is in the same position their first year in law school. Being confused, lost, or frustrated is normal and perfectly acceptable. Students shouldn’t let this stress them. And if they find themselves in that situation, they can do something about it: put in more time; go to office hours; reach out in any and all ways to peers, faculty, and staff. If you do that, you will figure it out.

LD: Has anything surprised you about law school or about Pepperdine Law?

SS: The amount of support that Pepperdine provides in terms of the faculty and administrators. The accessibility of everyone here is truly remarkable. Many professors distribute their cell phone numbers in case students need to speak on the phone or even text. At Pepperdine, that level of approachability and accessibility is the norm. Many people think of law school and conjure images of The Paper Chase – cutthroat, competitive. But that’s not the case – at least not at Pepperdine. Even the students I compete against in terms of the grading curve are supportive. Before an exam during my first semester, I still remember a classmate taking time out of his study schedule to help me understand a concept with which I had been struggling – never mind we would be competing against each other just hours later.

It is also important to note the amount of support Pepperdine expressly offers veterans. On the first day of law school, Dean Tacha asked all the vets among the assembled students to stand up and be recognized. On Veterans Day, we are hosted at the dean’s house for dinner. At the university level, there is a counseling center, disabilities services office, and financial advisers for all students, but these administrators and staff all keep in touch with the veterans on campus and meet to discuss issues specific to the veteran community. It’s the kind of care that comes from people who understand that a war veteran sitting in the same classroom as a young person right out of high school or college, if you’re talking about the graduate and professional schools, has had different life experiences. These experiences make for different perspectives in the classroom but often also compel different needs.

SS: That would be my time spent on the moot court competition team. I’ve been fortunate enough to compete in Seattle, Chicago, New York, and London, with each competition being memorable for its own reasons. My participation on the team has been one of the most enjoyable aspects of my law school career, and one of the most educational. My research and writing skills have not only improved in quality, but also in speed.

Thanks to the moot court experience, I’ve also been able to hone my abilities to think analytically — particularly on the fly —  craft arguments, and clearly see both sides of various issues. The opportunities with moot court have also led me to argue before federal court judges and build relationships with professors I otherwise never would have achieved. The experience has been profoundly satisfying and I know that the skills I’ve gained will be invaluable assets as I begin my legal career in civil litigation.

As for memorable experiences, I’ve studied for a semester in London while working for the Department of Justice at the U.S. Embassy; served as the president of Pepperdine’s Veterans Legal Society, and volunteered as a mentor to prospective and first-year students. During this, my third year, I began working off-campus with The Mission Continues, a veterans-led, nonprofit organization that forms service platoons of veterans and civilians tasked with service projects in the community. This past fall, I founded and am now serving as the platoon leader for Second Platoon Los Angeles. Our most recent service project involved a group of approximately 30 veterans and community volunteers painting rooms at the Union Rescue Mission in the Skid Row neighborhood of Los Angeles.

SS: Some students know what they want to do upon arriving to orientation and step into that role after they take the bar exam. Others know, but end up changing those goals after taking a particular course, studying with a certain professor or experiencing something like moot court or a hands-on law clinic. A surprisingly large number of students have no idea what they want to do with their law degree. I was somewhere in between the latter two groups when I started law school. I actually considered that a good thing, however, because one of the best things you can do as a law student — particularly during your summers — is experience what the legal field has to offer.

With a background in government and an interest in criminal law, I started on the path to being a criminal prosecutor at a district attorney’s office. As I continued my coursework, however, I was drawn toward civil litigation and pursued a position at a firm. During my 2L summer, I was able to work as a summer associate at Wood, Smith, Henning and Berman LLP in its Los Angeles office. It was an amazing educational experience to which I believe I brought value. I ended the summer feeling that the firm was a great fit for me. Fortunately, the firm agreed and I am excited to start there full-time later this fall.