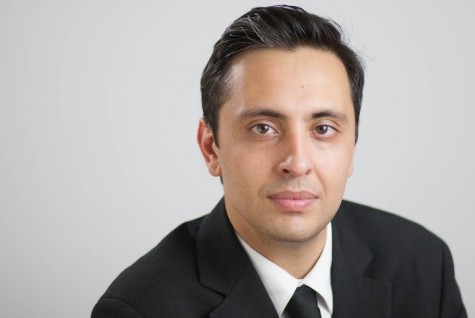 James Anthony Wolff long ago confessed to being a serial entrepreneur; a 3D and space technologies entrepreneur to be exact. The record of his business dealings in just the past few years attests to his compulsion to start companies around his inventions of new technological processes and systems.

Having founded and failed with Buildatron Systems – its rallying cry was “Build a Revolution Through Affordable 3D Printers and Robotic Devices” – Wolff has gone on to become a co-founder of Deep Space Industries, a commercial firm that recently received two NASA contracts for asteroid prospecting and harvesting (that’s right, asteroid mining).

Wolff has been a featured speaker on the subject of large-scale 3D printing at the Inside 3D Printer Conference in Silicon Valley. He’s also spoken before the National Academy of Sciences on space-based manufacturing, and at the U.S. Patent and Trademark Office on 3D printing development, the 3D Printing Politics Conference in Washington, D.C., and the Design for Manufacturing Summit.

Not bad for a music major at the Peabody Institute of the Johns Hopkins University, although he has yet to realize any appreciable income from his ventures.

LAWDRAGON: The obvious question is how did you get from music to 3D technology to law school?

JAMES ANTHONY WOLFF: Although music was my life right through college, I’ve always been inspired by space and technology. I was a prototypical child of the ‘80s, watching “Star Trek” and “Star Wars” and playing every space video game I could find. I was nurtured through Space Camp, with fond memories of the egg-drop challenge: We had to build a container that would ensure the survival of a raw egg plummeting 18 feet from a second-story balcony.

I was incredibly fortunate to attend the Peabody Conservatory of Music at the Johns Hopkins University. It’s what enabled me to combine both passions as I took a keen interest in electronic composition, which led me to courses like a multimedia class that involved both the Maryland Institute College of Art and the Johns Hopkins Robotics Lab. That led me into hardware and manipulation of software, which was translatable into 3D printing skills.

I graduated from the conservatory in 2008, taking time out for a shattered femur – I did it playing sports – and touring with the band Motion Commotion. All along, I was doing freelance drafting for my dad, who’s a mechanical engineer. Yes, it was tiring, but balancing these two things was immensely enjoyable, too.

I eventually completed my certification in AutoCAD, the commercial software application for 2D and 3D computer-aided design and drafting; started working in construction engineering and considered my options.

My dad was pushing me to go to law school, since architecture would make me beholden to an architecture firm for years before I could link my own name to a building. Engineering was limiting in its own way, too.

Also, by that time I had bought my first 3D printer kit and helped form Buildatron Systems, which wasn’t going well. I realized that it’s hard to create a company if you don’t know how to do it well. My dad felt that the MBA market was oversaturated and that wasn’t the way to go. But the law – he held lawyers in high esteem, and he thought that by becoming a lawyer, I would underpin the legitimacy and the strong foundations of any business I started.

LD: What were key factors you used to choose a law school?

JAW: It was important to me that my law school be located in New York City, the capital finance center of the world and a place where 3D printing is burgeoning. I wanted a school that could complement my background in 3D printing and entrepreneurship, with a leading-edge education in finance and business law.

I was realistic about my academic qualifications: Let’s call it an intriguing background and qualifications in music and engineering, with a demonstrable history of entrepreneurship, but an LSAT score that was respectable, not stellar. I also knew that I didn’t want to attend a law school with a cut-throat culture.

Finally, I wanted a school with a part-time program so that I could continue working and try to offset the cost of my education.

New York Law has everything I wanted. In particular, I’ve had opportunities through its Center for Business and Financial Law that would have been otherwise impossible.

Of course, there are other noteworthy law schools in New York. But when I checked them out – and you do have to check out whichever schools interest you – I felt that there was something so right for me about this place.

JAW: That law school, though difficult, was a realistic career option for me to pursue in my 20s. Those were the years when I had many startups, all of which failed and for a variety of reasons. I realized that to make a difference it wasn’t enough to be an inventor. In the interests of my dreams, I needed to become a lawyer.

I think that realization was the turning point in my life.

LD: What has been your most memorable or valuable experience so far?

JAW: Of all the important classes I have taken, none was so important, or memorable, as the one on legislation and regulation. I took this class in my second year, and for me, it was a revelation that rivaled my first-year legal analysis class. The skills I’ve acquired in legislation and regulation are instrumental in all areas of the law: the analysis of statutes; the methods of legal reasoning; the canons of construction, and the format of legal arguments.

It’s the class that taught me how to think like a lawyer. I still remember one instance when every one of us in class applauded the professor, Brandt Goldstein, after he delivered a monologue on the potential each of us had as a future lawyer; it was that inspirational. But then he’s absolutely dedicated to the law, to the students, to the topic and to the notion of using the law to promote social change.

Ronald Filler’s classes have also been terrific. He was a managing director at Lehman Brothers. At New York Law, he’s the director of the Financial Services Law Institute. Again, brilliant teacher, compelling courses.

JAW: Originally, I expected to do a combination of finance and business law, focusing on venture capital financing and compliance. But the wonderful opportunities I’ve been given – speaking at the National Academy of Sciences, being a featured speaker at the Inside 3D Printing conference – have convinced me to follow my dreams and shoot for the stars, figuratively and, to an extent, literally.

Since starting law school, I’ve had ideas for new companies, new inventions and new services. I have been fortunate that New York Law has nurtured this innate creative nature of mine.

I’m delighted with my decision to go to law school and to attend this law school. A law degree, I believe, will give business people a reason to take me more seriously as an entrepreneur. It’s a law degree, a career, founded on the shoulders of engineers. Who knows, maybe I’ll next be able to argue cases involving space law.

I do have to wrestle with a hefty debt load; that’s no small issue. But I hope that I’ve created companies that will not only make this world a better place – provide sustainable, low-cost housing, for example, that doesn’t tax the environment – but will also support me financially and enable me to pay back those loans.

It may sound farfetched to some, but I see myself eventually using my law degree as the foundation for building a business empire that can take me to Mars.

My close friends often ask me what’s become of my music, my compositions? Well, I still write music in the free time I have. I’ve been writing a great deal of chamber music, viola sonatas, violin sonatas and string quartets – a paradigm I find more intrinsically reasonable with the loss of so many symphonic orchestras.

I joke, too, that once I’m on my way to Mars, I’ll have more time to write music, and that in my old age I would be honored to translate the stunning red vistas of the planet into songs, performed by the next generation of explorers who will grow up studying music and science like myself.