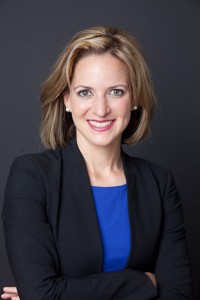 Jocelyn Benson’s commitment to civic engagement and an open, honest American electoral process runs long and deep. The dean of Wayne State University Law School in Detroit entered the fray as an undergraduate at Wellesley College in Massachusetts when she founded the Women in American Political Activism conference and became the first student elected to serve in the Wellesley town governing body.

In and around earning a Masters degree in sociology from Oxford as a Marshall Scholar and a J.D. from Harvard Law, she cemented civil rights, and more specifically voting rights, as her passion: working for the Southern Poverty Law Center in Montgomery, Alabama; for the NAACP Legal Defense and Educational Fund as a summer associate focused on voting rights and election law; as a legal assistant to Nina Totenberg at National Public Radio; as an editor of the Harvard Civil Rights-Civil Liberties Law Review and, from 2002 to 2004, as the Voting Rights Policy Coordinator of the nonprofit Harvard Civil Rights Project.

A member of Wayne State Law’s faculty since 2005, Benson has continued to call for an “informed and engaged citizenry,” and for harnessing the nonpartisan efforts of government and academics to ensure voting rights.

She founded and became executive director of the nonpartisan Michigan Center for Election Law, which supports projects to enhance transparency and integrity in elections. As associate director of the law school’s Damon J. Keith Center for Civil Rights, she launched the Michigan Allies Project to track hate incidents throughout the state and provide legal support to victims.

Benson spearheaded three nonpartisan, statewide election protection efforts, including keeping open a Secretary of State branch office in Buena Vista Township in 2007 and, in 2008, banning the use of foreclosure lists in challenging voter eligibility on Election Day. (Benson eventually wrote a book about the best practices state Secretaries of State use for election reform. The project helped convince her to run as a Democrat in 2010 for Michigan’s Secretary of State.)

She seems equally determined to advance Wayne State Law in the service of Michigan’s citizens.

“We strive to be the leading legal education institution in the Midwest for providing opportunities to serve the public,” Benson said in a recent statement about her appointment as dean, after serving as interim dean since 2012. “As Detroit’s law school, we also have a responsibility to be a magnet for the next generation of advocates for justice in our region.”

Benson is the second woman dean since the school’s founding in 1927 and possibly the youngest woman ever to serve as dean of a U.S. law school.

LAWDRAGON CAMPUS: How would you describe your path into academia?

JOCELYN BENSON: I’ve always believed the law is a tool for service. My desire to follow in the footsteps of legal luminaries, like Charles Hamilton Houston and Thurgood Marshall and former U.S. Attorney General Robert Kennedy, led me to conclude that a law degree was the most important tool I could have to make a difference in our society. In addition, as the daughter of two special-education teachers, I have always believed education is a critical component of empowering our citizens to be informed and engaged. I am proud to lead an academic institution dedicated to that mission.

JB: Wayne Law truly is Michigan’s law school. Our alumni are among the top legal and policy leaders in the state, and we are proud to be training the next generation of advocates for justice while serving the public with our unique programs every day. I am particularly proud of our Damon J. Keith Center for Civil Rights, our Program for Entrepreneurship and Business Law, and the Program for International Legal Studies.

JB: Creating a quality and affordable legal education for our students and ensuring that our students, with that education, are empowered to achieve their goals, whatever they may be.

LD: Are you seeing any trends in the types of jobs your students take after graduation?

JB: Our students are becoming more entrepreneurial and global in their influence. Through our Program for Entrepreneurship and Business Law, students at Wayne Law are working with small business leaders and inventors and learning themselves to create their own opportunities. Similarly, the legal market is expanding on an international scale, and more of our students are working and living abroad than ever before.

JB: I am the president of Military Spouses of Michigan and I’m an avid marathon runner. As the spouse of an active-duty Army paratrooper, I am proud to lead an organization in Michigan that is dedicated to providing services and support to military spouses and partners, as a way of giving back to my community.