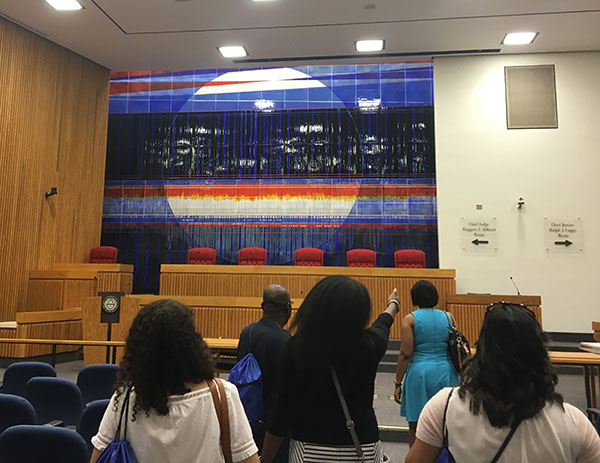 While the city of Pittsburgh was celebrating its mighty Penguins’ Stanley Cup win with a wonderful parade last Thursday, the Northeast Association of Pre-Law Advisors (NAPLA) was holding its 2017 conference just a few blocks away.

Lawdragon Campus, a free service for prospective law students, was proud to sponsor the annual event held this year at the University of Pittsburgh School of Law and the Duquesne University School of Law. The NAPLA conference offered an interesting mix of training and information sessions on the advising process and preparing students for law school and law careers. Attendees also took part in tours of the two host law schools. The main social events included a Pittsburgh Pirates baseball game and a dinner boat cruise on the three rivers running through the city.

According to its website, NAPLA is the oldest (founded in 1973) of the nation’s six regional pre-law advising groups; its membership includes both pre-law advisors and representatives from most of the nation’s ABA-accredited law schools. Dozens of law schools attended the conference and took part in Wednesday’s “Law Fair and Poster” event designed to foster relationships between the school reps and advisors.

Many from the advisor ranks are experienced in their positions – so there was much catching up between old friends and contacts in this attendee group. A significant number have more recently arrived in their roles; sessions on Monday and Tuesday were devoted to the training of new pre-law advisors.

John Ryan (Sr. VP & Editor in Chief) and Carlton Dyce (VP – Business Development) attended from Lawdragon Campus. The pair explained to many new (and some existing) contacts Lawdragon Campus’ free online features for any individuals who might be thinking about going to law school.

Campus content includes the Law School Road Trip, an ongoing feature presenting posts from Campus CEO Katrina Dewey’s visit to each U.S. law school in 2016. The Campus “Build Your Own Ranking” tool enables students to come up with personalized, prospective lists of schools based on the metrics that matter to them, and to filter and compare schools across more than 100 data points.