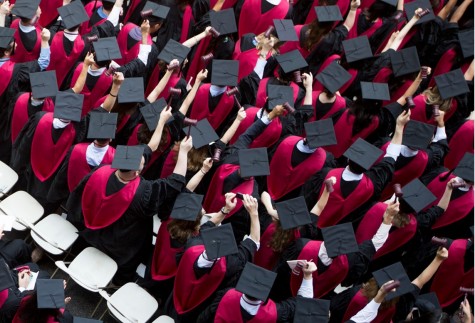 Harvard University is standing by a new sexual harassment policy implemented this fall despite criticisms from more than two dozen law school professors, who say it fails to protect the rights of accused students and that it lacked sufficient faculty input.

“As teachers responsible for educating our students about due process of law, the substantive law governing discrimination and violence, appropriate administrative decision-making and the rule of law generally, we find the new sexual harassment policy inconsistent with many of the most basic principles we teach,” the faculty members said in an op-ed piece published in mid-October in The Boston Globe.

The policy doesn’t afford suspects an adequate chance to find out the exact claims against them or to confront witnesses in a hearing, they wrote. It also groups investigation, prosecution and appellate roles under the Title IX office, which oversees university compliance with a federal anti-discrimination law requiring sexual assault prevention measures, rather than an impartial department.

Harvard said in an Oct. 14 statement that the new policy sets out a “thoughtful, fair and consistent approach” to handling complex and sensitive situations. The measures followed a two-year review of existing rules as universities nationwide grappled with high-profile sexual-assault cases and accusations that administrators did too little to prevent them and failed to punish violators appropriately afterward.

Nationwide, the number of forcible sex offenses reported on college campuses jumped 44 percent to 3,637 in the five years through 2012, according to records maintained by the U.S. Department of Education. Harvard College and Harvard Law School were among 55 schools that the department’s Office of Civil Rights identified in May as subjects of investigations into Title IX compliance, which is required for federal education funding.

Two months before that, in March, the Harvard Crimson student newspaper published an anonymous article by a woman student who criticized the school for doing too little to respond when she reported sexual misconduct and said existing 21-year-old guidelines were out of date.

“The university appreciates that not every member of the community will agree with every aspect of the new approach,” the administration said. “Some believe the policies and procedures go too far; others believe that they do not go far enough. This type of discussion is fundamental to any vibrant academic community.”

The policy will be evaluated as it’s put into place and a committee of faculty, staff and students will advise the university on refining it, Harvard said.

The law professors who authored The Boston Globe op-ed maintained that the university should have consulted more closely with the faculty of every school before imposing the policy and suggested that it be withdrawn and replaced with more carefully considered guidelines.

Signers included Alan Dershowitz, a professor emeritus known for successfully handling appellate cases for clients such as the male star of “Deep Throat” and Claus von Bulow, accused of attempting to kill his wife, socialite Sunny von Bulow, who fell into a coma in 1980 that lasted the remaining 28 years of her life. A message left with Dershowitz’s office seeking comment wasn’t returned.

“This particular sexual harassment policy adopted by Harvard will do more harm than good,” the professors wrote. “The goal must not be simply to go as far as possible in the direction of preventing anything that some might characterize as sexual harassment. The goal must instead be to fully address sexual harassment while at the same time protecting students against unfair and inappropriate discipline, honoring individual relationship autonomy and maintaining the values of academic freedom.”