Mark Brandon’s appointment as dean of the University of Alabama’s law school brings his legal career full circle, to the institution where it began more than three decades ago.

After earning his juris doctorate from the Tuscaloosa-based school in 1978, Brandon worked as an assistant state attorney general and a private attorney before teaching at two of the nation’s premier schools: Vanderbilt and the University of Michigan. 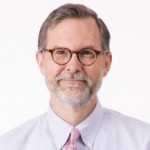 What lured him back to Alabama is that it’s home, and it’s a great law school, he said in a telephone interview.

“I had in the back of my head that I’d be moving into administration, and it turns out that both personally and professionally, it’s a good time to do that,” he said. “I’m really pleased to have the opportunity.”

Among his priorities as dean will be working to maintain the school’s affordable tuition, Brandon said. It’s among the 50 lowest at nationally accredited law schools, even though Alabama tops most of them in the percentage of its graduates employed as full-time lawyers.

Controlling the cost of legal education is particularly important, given today’s overcrowded job market for lawyers, he said.

“The larger legal market, the professional market of law, has contracted, and it’s changed students’ sense of their horizons coming out of law school,” Brandon said. “They’re being a lot smarter about where they go; they’re making intelligent, rational calculations about how they can get good value for their legal education, and that’s something I think students in my day were not as keenly attuned to.”

Alabama law has a student body of more than 460, as of last fall, and admits about 25 percent of applicants, according to Lawdragon data. Graduates taking the state bar exam for the first time have outperformed the state average by 6 percentage points or more for the three most recent years data was available.

The author of two books, “Free in the World: American Slavery and Constitutional Failure,” and “States of Union: Family and Change in the American Constitutional Order,” Brandon grew up in Birmingham, Ala.  He earned an undergraduate degree in history from the University of Montevallo, a master’s degree in political science from the University of Michigan and a doctorate in politics from Princeton University.

“Brandon has gained a wealth of experience from many of the top universities in our nation, and we’re pleased to welcome him back,” Joe Benson, interim provost at the University of Alabama, said in a statement. The new dean succeeds William Brewbaker, who has held the post on an interim basis since last year, on July 1.

While Alabama’s law school prepares for a leadership transition, the University of Louisville’s, which has a student body of almost 400, is maintaining the status quo.

Susan Duncan’s interim appointment as dean of the Brandeis Law School has been extended for three more years, through June 2017. Duncan has held the post since the departure of Jim Chen in 2012. During that time, she created the Law Alumni Challenge, which garnered more than $300,000 in its first year, worked to establish five new endowments and formed a new Business Advisory board. 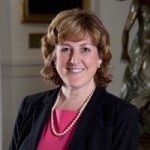 “The generous support of our alumni and friends helped us set new fundraising records, which supply much needed support for important activities such as moot court, our law clinic and scholarships,” she wrote in the school’s Fall 2013 newsletter.

The school will probably conduct a nationwide search for a permanent dean near the end of the three-year interim period, with Duncan being one of the candidates, said Mark Hebert, a university spokesman.

Duncan joined the Brandeis law school’s faculty in 1997 and previously served as associate dean of academic affairs for more than a year, the university said.

“We know that we will need to plan strategically and adaptively for a changing future,” Duncan wrote in the newsletter. “Legal education, higher education, and the legal profession are experiencing many pressures and forces of change that create uncertainty and mean that ‘business-as-usual’ is no longer sustainable.”

About 78 percent of Louisville’s employed law graduates took jobs in Kentucky last year, the most of any of the state’s three law schools, Lawdragon data show. Duncan herself obtained a law degree from Louisville in 1991 and worked as an associate in the litigation firm of Boehl Stopher Graves & Deindoerfer before moving into academia.

“Serving as the dean for the past two years has been an honor and a privilege,” Duncan said in a statement. “I thank the president, the provost and the law school faculty and staff for their faith in me and look forward to working with all of them on advancing our school.”

IF NOT FOR MITCHELL 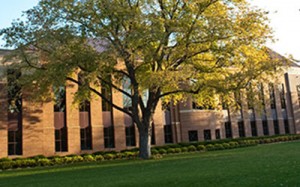 The William Mitchell College of Law in St. Paul is also making strides in advancement, raising about 90 percent of the $25 million goal set in its 4-year-old “If Not For Mitchell” campaign.

The $22.5 million netted since the drive began in 2010 has helped create almost 60 new scholarship endowments that support students in fields from intellectual property to public service and business as well as nine endowed faculty positions, according to an announcement on the school’s website. The fundraising effort is the largest in the school’s history.

William Mitchell had a student body of 809 last fall, including about 250 part-time students, and the lowest annual tuition of Minnesota’s four law schools.

Thinking about enrolling in law school? Despite the over-populated job market, there’s some good news: More than 57 percent of the 2,300 respondents in a Lawdragon satisfaction survey said they’re happy as legal professionals.

“There is no greater excitement than defeating Goliath in a good cause,” wrote one, referring to the Biblical account of a giant warrior slain by a boy. “We are not only the guardians at the gate, but also the lungs of the Constitution.”

The downside: about 43 percent of the same group said there are too many lawyers.

“I was happy until five years ago,” wrote one of the respondents. “With the current economic situation and too many law schools in Florida, it’s not nearly as profitable as it once was.” The surplus of attorneys can make job-hunting particularly difficult for new law school graduates : For every new lawyer job that was filled in the 10 years through 2012, about five people were awarded a law degree.

“Five months after graduation, nearly 50 jobs applied for, and can’t even get an interview,” wrote another of the respondents. “And I have recent law school graduate friends in the same boat.”